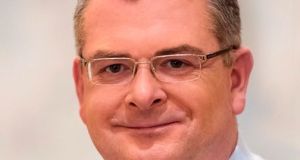 Former Digicel chief executive Colm Delves died in Dublin on Thursday after a battle with cancer.

The Irishman, 54, had served 13 years at the helm of the telecoms business owned by Denis O’Brien, making it a market leader in the Caribbean and the Pacific Islands.

In a note to Digicel staff, Mr O’Brien paid tribute to Mr Delves, whom he described as an “great leader” who “always remained humble” in spite of many successes during his time with the business.

“That humility, along with his kind, calm, low key demeanour - and not forgetting his wry sense of humour - made him beloved among our staff and indeed, anyone and everyone who had dealings with him,” Mr O’Brien added.

“He was adopted by Jamaica and loved his time there. When Colm announced his desire to step down from his role as group chief executive in 2017, I was so happy that he would finally be able to take more time for himself. That just a year later, he would fall ill is a very cruel twist of fate. The Digicel family has lost one of our most loved and respected friends and colleagues.”

Mr Delves joined Digicel as its chief financial officer in May 2004 and was appointed chief executive in July 2005, serving in the role until January 2018.

A chartered accountant by training, he was employed by Hibernia Foods plc from 1992 until 2003, serving on the board of directors and as finance director.

He was employed by KPMG from 1987 until 1992, and attended Dublin City University.

Mr Delves is survived by his wife Paula, daughter Hannah, his parents and brothers.