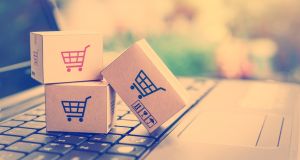 Analytics company Profitero, which was founded in Ireland, has closed a $20 million (€18.5 million) funding round and announced a new senior management team.

The company was set up by Vol Pigrukh, Dmitry Vysotski, and Kanstantsin Chernysh in 2010 and has its headquarters in Dún Laoghaire, south Dublin.

Profitero is an ecommerce intelligence business for retailers and brands that tracks millions of products across 8,000 online stores in 50 markets. Clients include Adidas, L’Oreal and General Mills.

The $20 million Series B investment round was led by San Antonio-based Scaleworks with participation from Conviction Capital. It brings total fundraising to date to more than $30 million.

The company raised about $9 million from US venture capital firm Polaris and Silicon Valley Bank in a previous funding round. Delta Partners and Enterprise Ireland also provided about $1 million in seed capital to Profitero in its early years.

The latest fundraise makes it another good result for Polaris founder Noel Ruane, who also backed Irish tech companies Pointy and Voysis, both of which were sold this year to Google and Apple respectively.

Profitero said the funds would be used to “fuel its next stage of growth”.

“Ecommerce was already on a major growth trajectory, but Covid-19 has sent it into hyperdrive by forcing consumers to adopt online ordering behaviours at a much faster rate,” said Lew Moorman, co-founder and general partner at Scaleworks.

“These major shifts in digital purchase behaviour have created a large opportunity for Profitero as one of the few platforms capable of helping brands optimise their digital businesses across thousands of retailer sites and at global scale.”

In a busy week for Profitero, it named Bryan Wiener, a former chief executive of Comscore, as its new chief executive. The moves comes as the company made changes to its senior executive team with Sarah Hofstetter, a director for Campbell Soup Company, joining as president and Sandor Palfy, former chief technology officer at LogMeIn, also joining.

“A decade ago, search and social media were the hot trends keeping chief executives and chief marketing officers up at night; now it’s digital commerce. The pattern is the same. Consumers are shifting behaviour, and brands must follow suit or face irrelevance,” Mr Wiener said.

Profitero’s founders met and established the business in Dublin, having moved to Ireland to work for tech giants Google and IBM. The company employs more than 300 people across offices in Dublin, Boston, New York, London, Minsk, Shanghai and Tokyo.

The last publicly available accounts for Profitero date from 2017, when it recorded a $5.975 million loss for the year as turnover rose to $7.8 million from $4.76 million a year earlier.