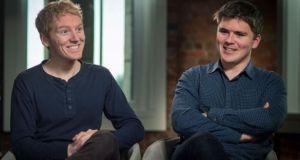 Backers for the extended Series G round include Andreessen Horowitz, General Catalyst, GV, and Sequoia. The fundraising took place on the same terms and valuation as the company’s Series G round last September, when it secured $250 million(€230 million) in investment.

Stripe said the new funds will be used to step up product development, global expansion, and strategic initiatives.

In a statement, the company said the Covid-19 crisis underscored the need for reliable, easy-to-use infrastructure for internet businesses.

“With more than $2 billion on its balance sheet, a capital-efficient business model, and a highly-diversified, growing, global user base, Stripe is in a position to both provide uninterrupted service to its users in a time of stress and invest in long-term improvements.”

Launched in 2010, Stripe’s technology handles hundreds of billions of dollars in transactions each year and counts the likes of Amazon, Uber, Booking. com, Deliveroo and Google among its customers.

The company said it had seen a significant increase in business since the start of 2020 with new customers including video conferencing group Zoom, Just Eat, Lightspeed, Mattel, and NBC among its new clients.

“People who never dreamt of using the internet to see the doctor or buy groceries are now doing so out of necessity. And businesses that deferred moving online or had no reason to operate online have made the leap practically overnight,” said John Collison, Stripe’s president.

“We believe now is not the time to pull back, but to invest even more heavily in Stripe’s platform.”

Stripe employs more than 2,500 people in total, including more than 300 in Ireland. It set up an international engineering hub – its first outside of the US – in Dublin in early 2018.

Last year, the company announced plans to create hundreds of additional engineering jobs in the Republic after securing an e-money licence from the Central Bank.

Forbes Magazine recently estimated the Collisons are worth $3.2 billion (€2.9 billion) each, putting them at joint 616th on its rich list, which numbers almost 2,100.