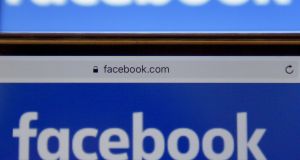 Outages, such as the one expereiced by some users on Wednesday, are rare for Facebook. Photograph: Loic Venance/AFP/Getty Images

Facebook Inc went down temporarily for some of its more than 2 billion global users after a technical error caused a glitch that blocked access to the social network.

The issue – appeared to be caused by a code change – affected a small number of users who were loading the site using a Chrome web browser from a desktop computer, said Facebook.

“Earlier today some people may have had trouble accessing Facebook on the desktop version of Chrome for a short period of time,” Facebook said. “We’re back to 100 per cent for everyone, and we’re sorry for any inconvenience.”

Outages are rare for Facebook, which has become a digital front page for people to read news, share information and communicate with friends and family. Downdetector, a website that tracks outages, showed a concentration of outage reports in Europe and Australia.