Parents up in arms over poor broadband connectivity in schools 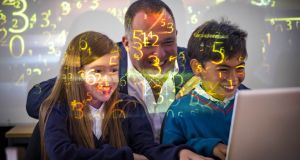 Almost half of Irish parents believe their children are being held back from achieving key education goals because of poor internet connectivity at their schools, according to a new survey.

The study, conducted by Censuswide on behalf of broadband provider Pure Telecom, shows 46 per cent of parents feel substandard connectivity is hindering the quality of their children’s educational achievements.

Of those surveyed, 67 per cent said good internet connectivity was a factor in their choice of schools. In addition,

34 per cent said they would consider moving their child to an alternative school if it had better internet connectivity.

The research also found that 16 per cent of the typical child’s homework relies on the internet.

It is estimated that on average, parents will spend €213 per child on internet-connected devices and tools intended for schoolwork this year.

Almost half of children use laptops or tablets for some or all of their classes, but one-in-four parents believe their child’s school isn’t doing enough to encourage learning via connected educational resources.

Under the Schools 100Mbps project, which is jointly co-ordinated by the Department of Communications and the Department of Education, 100Mbps broadband has been rolled out to all secondary schools in Ireland. In addition, the Digital Strategy for Schools action plan, published earlier this year, which includes €30 million in ICT grants to schools, as well as a programme to enhance high-speed broadband connectivity in primary schools.

“Access to internet-connected digital tools and resources is vital for all children living in a modern society, so it is concerning that so many parents believe their child’s educational achievement is being stunted by poor broadband speeds and access in school. Not surprisingly, our research showed that the majority of those parents are living in areas outside of Dublin,” said Pure Telecom chief executive Paul Connell.