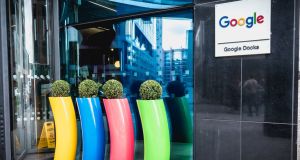 The European Court of Justice ruled in favour of Google Ireland in a case in which the internet behemoth had challenged fines imposed by Hungary for non-payment of a national tax on advertising.

Hungary fined Google for €30,600 for failing to register for a tax on advertising in 2015, an amount that increased each day it went unpaid until it reached just over €3 million.

Google challenged the Hungarian tax authority, arguing that the fine was excessive, as it was as much as 2,000 times the amount that Hungarian-registered businesses face.

The EU’s top court found that the fines were disproportionate, unjustified, and went against European law.

Hungarian authorities imposed “a series of fines issued within several days capable of amounting to several million euros, without the competent authority giving those suppliers of services the time necessary to comply with their obligations,” the ECJ said in a statement.

Hungary had argued that Google had a competitive advantage over Hungarian traders who do comply with its tax on advertising.

But such Hungarian registered traders are subject to much lower fines than those faced by Google. These large fines only applied to companies registered overseas, the court found.

“Only taxpayers not resident in Hungary are, in reality, capable of being fined on that basis,” the statement noted.

The court nevertheless upheld Hungary’s right to require advertisers registered overseas to file a tax declaration, in order to comply with national taxes.

1 Whistleblower warned EY of Wirecard fraud four years before collapse
2 Will your boss let you work long-term from home – or from abroad?
3 Subway bread too sweet for the Irish tax authorities
4 Plans for €2bn Dart expansion lure Bombardier to Dublin
5 There may be trouble ahead for the housing market
Real news has value SUBSCRIBE