Acquisition will be company’s 11th buy 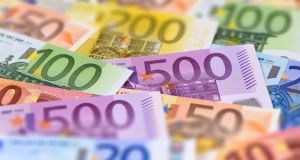 Irish IT services firm Version 1 is to buy digital consulting company Singlepoint in what will be its eleventh acquisition.

No financial details of the transaction have been disclosed, but Version 1 said the combined entity , which will have over 1,400 employees and 500 customers, is forecasting revenues of €140 million in 2020.

The acquisition is subject to clearance by the Competition and Consumer Commission.

Founded in 2009 by Rob Curley, Singlepoint is a Dublin-based company with expertise in a number of areas including digital and cloud solutions, artificial intelligence (AI) and analytics.

The company announced 50 additional jobs last September in a move that took total headcount to 120 people.

Founded in 1996 by Justin Keatinge and John Mullen, Version 1 implements IT systems for large corporates and government departments and also provides consultancy services. It has a 1,300-strong workforce with offices in Dublin, Belfast, Cork, Edinburgh, Manchester and London. Partners include Microsoft, Amazon and Oracle.

The company surpassed revenues of €100 million for the first time that same year. Its last publicly available accounts show it reported pretax profits of €13 million and turnover of €116 million in 2018.

Much of the company’s recent growth has been on the back of acquisitions with Version 1 having done a number of deals over the last few years for companies that include Rocela Group, Patech, Cedar Consulting and Beoley Mill Software.

Speaking to The Irish Times, chief executive Tom O’Connor said the company is currently in discussions with several acquisition targets and expects to complete at least one transaction in 2020.

“Acquisitions have played an important role in our growth story, bringing us to new locations, enhancing our capabilities and service offerings, providing new customers and creating a more diverse management team and employee base,” he said.

“We buy businesses for growth, rather than cost. Once people realise this, they tend to settle into Version 1 and enjoy the benefits of working for a business that invests in its people and affords them the opportunity to work on new technologies, interesting projects and in different geographies,” Mr O’Connor added.