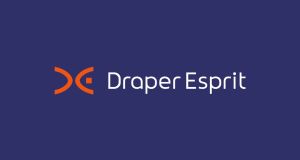 Draper Esprit listed in London and Dublin in June 2016

The VC said it was investing £26.4 million in Thought Machine, a London-headquartered company that provides banks with a platform to offer more innovative products. The financing is to be used to expand into the US and Asia.

Thought Machine, which employs 300 people, works with a number of leading financial institutions, including Standard Chartered and Atom Bank.

The company has raised £63.8 million in total in its latest round, with other backers including IQ Capital, Backed and Playfair Capital.

Draper Esprit has also participated in a £23 million Series B funding round for Cambridge-based Evonetix, a company that is developing a novel gene synthesis platform.

The VC also said it expected a fair value gain of about £7.5 million on its shareholdings in Graphcore and Revolut after they both recently completed new investments.

Fintech Revolut last week raised an additional $500 million in a fond that values it at $5.5 billion. AI chipmaker Graphcore, meanwhile, secured $150 million in new capital in a private placement that gives it a market valuation of $1.95 billion.

“We’re really excited to be playing a role in the continued development of all these companies,” said Draper Esprit chief executive Martin Davis.

Draper Esprit listed in London and Dublin in June 2016.

Other companies backed by the VC in recent years include Crowdcube, CurrencyFair, FinalCad, Ledger, Roomex, and Transferwise.