Is internet piracy dying out? 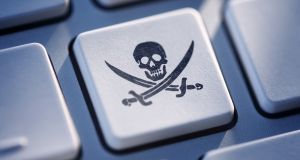 In Ireland, discussion of internet piracy has died down

In Sweden, home of infamous torrenting site The Pirate Bay, online piracy seems to be a thing of the past in a country that was once a hotbed of illegal downloading. Less than five years after its founders were released from prison, the Swedish Prosecutor’s Office reports that a grand total of zero individuals were charged with a file-sharing or streaming-related crime in 2019.

According to BitTorrent news blog TorrentFreak, only 23 offences were even reported during 2019, making it the lowest number since 2010. The blog said: “After reporting what felt like dozens of cases over the years, some involving torrent and streaming site operators, others involved with DCC sharing, the last couple of years felt strangely devoid of criminal prosecutions.”

The reason for this, it posits, could be a focus on ISP blocking by entertainment companies rather than the pursuit of individual cases.

Meanwhile, here in Ireland, discussion of internet piracy has also died down. In 2018, the Motion Picture Association managed to get eight popular torrenting and streaming sites blocked, including Eztv, WatchFree and Putlocker. An indication of their popularity: it was estimated that Irish internet users had accounted for more than six million visits to these sites in one month of 2017 alone.