Eir decides against passing on VAT reduction to customers

ComReg says decision does not necessarily constitute a breach of contract 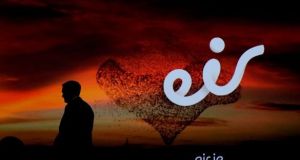 Eir is not planning to pass on the temporary VAT reduction that came into effect this week to its customers, the telco has confirmed.

However, the communications regulator, ComReg, said the company’s decision not to pass on the cut does not necessarily constitute a breach of contract that would allow customers to easily switch providers without fear of being penalised.

The reduction in the standard VAT rate from 23 per cent to 21 per cent, came into force on Tuesday and will be in place until the end of February.

While most businesses, particularly those offering broadband, television and phone services, are responding to the reduction by passing it on, the telco said in a statement it will not be changing the price customers pay for its services.

“Eir is committed to maintaining employment as we face a significant challenge in the retail environment, a challenge we forecast to continue in the weeks and months ahead,” a spokeswoman said.

“There is no change to the price customers are paying Eir for their service due to this short-term VAT reduction in the same way that there was no increase as a result of the permanent VAT rate increase from 21 per cent to 23 per cent, ‘it added.

Companies are not compelled to pass on the VAT reduction to customers although most are doing so. Minister for Finance Paschal Donohoe this week urged cuts to be passed on, saying it would help boost consumer confidence.

Vodafone has passed on the VAT cuts to consumers joining streaming services such as Spotify and Netflix, and supermarket chains including Lidl and Aldi in doing so.

A spokeswoman for Three Ireland said the company “is applying the temporary VAT reduction to all bill pay customers, which includes all business customers”.

However, due to “significant technical challenges” for Three, she said it was “not feasible to apply the temporary VAT reduction to prepay plans”.

Virgin Media said that rather than passing on the reduction directly to customers it is cancelling a planned standard price increase due later this year. Sky meanwhile is offering its customers a €10 Sky Store voucher in lieu of the reduction, which a spokesman said represented around double what the average saving would be over the six month period.

ComReg said it welcomed plans by service providers to ensure that consumers benefit from the lower prices. But it said whether a customer has a contractual right to the benefit is dependent on the precise wording of the contract.

“ComReg will also be monitoring providers’ compliance with their regulatory obligations, including giving customers appropriate notice of any contract changes and of applicable cancellation rights,” he added.

The reduced VAT rate, which mirrors measures introduced in a number of other European countries as a response to the Covid crisis, applies to about 50 per cent of economic transactions.

The cost of the measure to the Exchequer is estimated at €440 million.