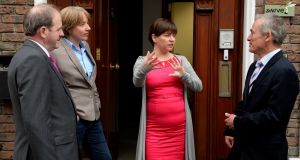 This brings funding to date for the company to more than $75 million (€63 million).

Swrve, whose technology platform enables brands to deliver contextually rich and relevant in-app mobile interactions, said it intended to use the capital to expand its team to meet increasing demand from customers, accelerate growth, and to aid further product development.

The company was established by Havok co-founders Hugh Reynolds and Steve Collins in 2010. Its customers include Virgin, Microsoft, Warner Brothers, Emirates and Telefónica.

The new investment comes on the back of significant growth in Swrve’s business. Monthly revenue has risen by over 220 per cent between 2015 and 2017, with strong growth in particular in the Americas, Europe and the Middle East.

Average deal size has quadrupled over the last two years, reflecting the large enterprise deployments the company has won in key verticals such as consumer financial services, mobile commerce, travel and hospitality, media and entertainment, and telecommunications.

The company currently has bases in Dublin, San Francisco, London and Munich. However, it intends to expand beyond this.

“It is quite simple. We’re growing really well, especially with our sweet spot customers, which are really large enterprises with complex communications needs. To be able to service them we need to have teams on the ground in the Middle East and Asia. Much of the funding will be used to add sales and marketing people in these regions,” said Barry Nolan, Swrve’s chief marketing officer.

“All of our R&D is based in Dublin and will always be based there, however. We have an extraordinary team in Ireland supporting billions and billions of app installations,” he added.

Swrve employs about 90 people overall with another 20 to 30 expected to be added over the next 12 months. Approximately 50 employees are based in Dublin.

The company’s platform supports 44 million daily active users and over 225 million monthly ones. Its software development kit has been installed in more than 2.5 billion apps and processes more than 12 billion behavioural user events per day.

Rather than requiring companies to replace existing marketing and CRM software solutions, the firm’s platform integrates with their existing packages from the likes of Oracle and Salesforce, to add real-time mobile, analytics, intelligence, and communications.

Mr Nolan said a number of the big wins the company had secured recently had been joint deals with big vendors such as Oracle and Salesforce.