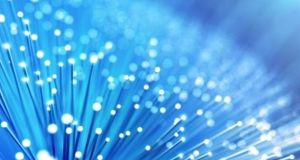 The communications regulator has confirmed plans to cut the wholesale rate that Eir receives from other telcos for using its network to deliver services such as high-speed broadband to consumers.

ComReg said it intends to amend the weighted average cost of capital (WACC) rate, which essentially compensates the incumbent for its investment in fixed-line infrastructure, from 8.18 per cent to 5.61 per cent. The regulator is also reducing the rate for mobile communications to 5.85 per cent from 8.63 per cent, and for broadcasting from 8.11 per cent to 5.98 per cent.

The decision should ultimately lead to lower prices for consumers if the cuts are passed on by other telcos, all of whom have previously criticised ComReg for delays in amending the rate.

Eir’s rivals had argued that the delays had allowed the incumbent to enjoy “excessive returns”, as the current rates being used date back to 2014. The European Commission earlier this year joined telecoms operators in urging ComReg to amend the rates that Eir charges other operators “as a matter of urgency”.

However, consumers hoping for lower priced services may still have to wait a while. While ComReg has issued its decision, there will now be a period of consultation with any cuts not likely to come into play for some time.

Ronan Lupton, chairman at lobby group Alto, which represents all the major players bar Eir, was critical of ComReg’s decision not to move faster in introducing WACC rate changes.

“ComReg certainly are taking a much more lenient approach than advocated by the European Commission which will please Eir but is bad news for consumers. Alto welcomes that there is at least an acknowledgement that prices are too high and we would simply urge the already very late review is completed no later than early 2021,” he said.

Alto said it would continue to monitor ComReg’s progress in implementing the changes and is due to meet the directorate-general for communications ,networks, content and technology at the European Commission, Robert Viola, shortly to discuss the issue.

Jeremy Godfrey, one of the three commissioners at ComReg, said the decision to cut rates would “facilitate continued improvements in networks, lead to increased competition and benefit end users”.

“Consumers will be better off because there will be a lot more investment in networks,” he told The Irish Times.

The WACC decision doesn’t directly impact the prices that end users pay but the cost bases of the players. It makes sure that prices aren’t unreasonably high but also not so low that they won’t encourage investment,” he added.

Eir said it had no comment to make on ComReg’s decision.

1 PTSB plays down Ulster Bank talk as it sells €1.4bn of loans
2 Irish tech company Asavie acquired by Nasdaq-listed Akamai
3 Am I crazy to consider switching to an Ulster Bank mortgage?
4 Up or down – how much is your Local Property Tax this year?
5 How much state pension will I get next year?
Real news has value SUBSCRIBE