Apple launch: what to expect from the new iPhone 12 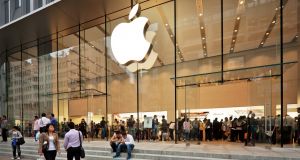 Apple is expected to announce a new 5G-enabled iPhone at its launch event on Tuesday evening, along with a “mini” version and new accessories.

This year’s iPhone event is a little delayed; the pandemic and the associated restrictions had a knock-on effect for everyone, Apple included.

The event’s announcement came with the tagline “Hi, speed”, which industry watchers are taking to mean the tech giant is ready to embrace the new mobile technology that has begun rolling out throughout Ireland.

What can we expect from this evening’s event?

Apple has been fairly consistent with naming its phones over the years, so expect to see the latest phone to be announced as iPhone 12.

However, that doesn’t mean we will see the same design. There has been speculation that Apple is planning a new look for its latest devices. There could also be a new colour added, which some claiming Apple will offer a blue version of the iPhone.

Last year saw the introduction of the iPhone 11 Pro and Pro Max, a more expensive and powerful phone with more cameras and an upgraded screen that sat alongside the iPhone 11. That, naturally, came with a higher price tag. Apple is expected to stick with this format, bringing a new version of the Pro and regular iPhone.

What could Apple do this year to make the Pro stand out? There are rumours of the addition of a 3D camera for augmented reality, similar to the iPad Pro’s Lidar sensor, while the more expensive flagship device could include the fastest variant of 5G, millimeter wave.

There could be more to it than simply the Pro versus regular iPhone. Some reports indicate that Apple is planning four different versions of the iPhone: the Pro and Pro Max, the regular iPhone 12 and the iPhone 12 mini. The latter is expected to have a 5.4 inch screen, putting it roughly around the same size as the iPhone SE; the Pro Max screen could be going to 6.7 inches in size.

While the iPhone will include the usual USB cable, Apple may well remove the USB charging plug and lightning adapter EarPods from the box. How many of either item can you possibly need anyway?

There are rumours that Apple could be about to launch it’s own own-branded over-ear headphones.

Tuesday evening’s event could also see a smaller version of the HomePod smart speaker. The HomePod was launched in 2018, but the original has yet to make it to Ireland. It has not received an updated since its launch, but analysts are expecting to see a new addition to the line-up, with the HomePod Mini slotting in as the smaller, cheaper alternative.

Apple has some touch competition though, with both Amazon and Google offering smaller, more affordable versions of their smart speakers.

1 ‘Rolling lockdown’ until a vaccine arrives is an abject failure of policy
2 How long can Government afford to keep State pension age at 66?
3 Retailers accused of ‘stealing business’ from rivals by flouting restrictions
4 Aryzta to pursue asset sales as takeover talks fail
5 In praise of Gogglebox Ireland, an essential service in all but name
Real news has value SUBSCRIBE