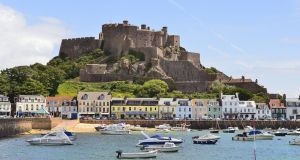 Waterford-based technology company Nearform has announced the launch of another contact tracing app, this time for Jersey.

The Government of Jersey worked with Nearform and Digital Jersey on the Jersey Covid Alert app, which is now available to download.

Jersey, which is a British Crown Dependency, joins the North, Scotland and Gibraltar in using Nearform’s code for its contact tracing app. Nearform has also developed apps for Pennsylvania, New York, Delaware and New Jersey based on the code created for the HSE’s Covid Tracker Ireland app.

The HSE and the Government open sourced the code, dubbed Covid Green, to the Linux Foundation Public Health. The app works by using the bluetooth signal on your phone to exchange a digital “handshake” with another device also running a compatible app when a user is within six feet of another for 15 minutes or more. It does not track geographical location of users.

The anonymous keys are stored in a log on the phone, which the local health authorities may ask users to upload if they receive a positive diagnosis for Covid-19. That log can then be used to track unnamed contacts, with an alert delivered to affected people through the app.

“The Jersey Covid Alert app is built with privacy at its core to empower citizens to protect each other and break transmission chains,” said Nearform chief executive, Cian Ó Maidín. “Using open source peer-reviewed technology, the people of Jersey have a world class tool which has already been successfully rolled out in Ireland, Scotland and several US states, including New York and New Jersey.”

The success of the app depends on getting enough people to download and use it. It is intended to work alongside existing public health measures to try to contain the spread of Covid-19 on the island.

“The app does not replace any other measures currently in place. It is an additional service which aims to support the work of the contact tracing team. It has been evidenced that as little as a 15 per cent take up within the population would have an impact on the ability of this virus to spread within the community,” said Julian Blazeby, Jersey’s director general for justice and home affairs.

“The government’s strategy to delay contain and shield aims to protect Islanders, avoid imposing harsh restrictions on the entire community and to sustain relatively normal routines. If we can continue to work to be safer together, by adhering to public health measures and now signing up for this app; we have a stronger chance to protect those who are vulnerable to Covid in our island.

1 How long can Government afford to keep State pension age at 66?
2 Halfords sees 700% increase in sales of e-scooters
3 Bake-off soy sauce tweet backfires for UK trade ministry
4 Revenue publishes list of companies tapping State for wage support
5 Developers may need to go back to the drawing board as one-beds fall from favour
Real news has value SUBSCRIBE