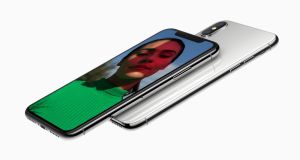 This chip is reportedly getting an update that will allow it to interact with NFC-enabled doors and unlock them with a swish of your phone.

According to The Information, Apple is expected to make an announcement next month detailing this update and its functionality, which is said to have applications including unlocking car doors and paying public transport fares.

NFC has built-in security because information stored on the chip is isolated from data stored within the phone’s main memory.

All will be revealed at WWDC 2018 from June 4th to 8th when iOS 12 and its new features will be announced. This NFC functionality is already in use among Apple employees in Cupertino who can access their office using an iPhone.

1 Irish designer of Oxford vaccine: ‘I’ve never worked so hard in my life’
2 BOI customers to be charged twice with bank fees on New Year’s Eve
3 We continue to ignore massive pensions elephant in the room
4 Boeing seeks dismissal of Norwegian Air’s €1bn lawsuit over Max aircraft
5 Being polite in work emails is more important than ever
Real news has value SUBSCRIBE