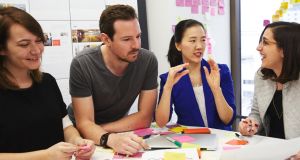 Google uses “postmortems” to capture and share the lessons of failure

We have The 4-Hour Work Week to thank for Silicon Valley entrepreneurs’ fervent embrace of the now famous Beckett quote on failing better but the pragmatic words of (probably) Einstein seem more apt for sinking start-ups: “The definition of insanity is doing the same thing over and over and expecting different results.”

Google has taken this very much to heart with its method for learning from failure: an internal process in which it deep dives into the least desirable effects that occurred as a result of the failure and how it can learn from that. It’s not simply “fail better” so much as dissecting the failure to see what went wrong and it is aptly known as the postmortem.

An example postmortem on Google’s reWork blog breaks down the process: identifying the impact of the failure, root causes, trigger, and finally, resolution that leads to “action items” or, if you’re feeling Beckettian, “fail betters”.