‘A combination of Red Cross, the police and Amazon.com’ 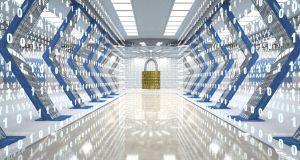 Skout Secure Intelligence has been acquired by the owner of the Miami Dolphins, Steve Ross, for a reported $30 million.

“Everyone is out there making everyone afraid.” Aidan Kehoe has definite ideas about how security companies should do business – and spreading fear without giving people solutions is not it. “The whole idea of scaring people is not helpful. You have to have answers and real practical advice.”

“You have people pretending they have expertise. What customers are looking for is a human touch, and someone who can do what they say they are going to do.”

Kehoe’s company hit the headlines in recent weeks when it emerged the firm – formerly known as Oxford Solutions – had been acquired by the owner of the Miami Dolphins, Steve Ross.

The deal was reported to be worth $30 million, and Kehoe retains an ownership in the firm as part of the deal.

I say “reported” because the actual figure hasn’t been confirmed. Neither will Kehoe confirm his exact ownership stake in the firm these days, preferring instead to point out that he doesn’t work for free.

“I own more of the company today than I did previously. The transaction was complicated,” he said. “We’re excited about the future of the business, and I’ve invested a lot in the future.”

When pushed for an exact figure, or even a ballpark one, he smiles. “I own enough to scare me,” he says.

But it’s obviously a healthy fear. The company is planning to keep growing,expanding its current client list from about 900, and building on its European business.

It’s not a bad deal for the Co Laois man. He moved to the United States 12 years ago and met Oxford Resources’ Michael Pascucci. They decided to set up a risk management company together – Oxford Global – and the rest is history.

Kehoe puts a lot of his success down to luck and good fortune.

“Everyone says in order to have a certain level of success you need to be hard working, but if you look at our parents’ generation, they worked really hard but they didn’t necessarily get the rewards for that same hard work because the opportunity wasn’t there. I really believe that there is a tremendous amount of luck and good fortune that gets presented your way,” he says.

Part of his good fortune was his heritage, he says.

“Being Irish in the US was just a tremendous advantage for me, because every person I met I had a 20-minute ice breaker. Everyone has an Irish story – they want to be from Ireland or go to Ireland or have some sort of association with Ireland,” he says.

It was while working for Oxford Global that Kehoe met Steve Ross, who became his largest client and would later become his partner in Skout Secure Intelligence.

“I did about two years of research and figured out there were two real themes that kind of applied to the sector. One, that there wasn’t enough qualified people to go around to solve the problems. There was just a huge shortage of cyber security talent. And two, people want to pay less not more for cyber security.”

He credits the Target data breach as the tipping point that drove it even further. Kehoe went looking for talent for his firm, drawing from the private sector and the government agencies.

“Every three letter agency you’ve heard of, we’ve recruited talent from there,” he said. “They have expertise that doesn’t exist anywhere in the world.”

The company made a significant investment in a security operations centre, where it monitors companies around the clock. That’s the firm’s primary business.

“It’s very difficult for other firms to get into that business because it’s incredibly capital intensive up front and no guarantee you’re going to have customers in the future,” he said.

Then came the deal with RSE Ventures, a VC firm founded in 2012 by Ross and Matt Higgins, which typically backs sports and entertainment firms. The rebrand to Skout was partly due to plans to expand the platform beyond its current focus, with a consumer solution in the works.

“If cyber security is the current problem today, we think secure intelligence is going to be the future, where software is going, one platform that answers all your cyber needs. It’s taken us a long time to put that platform together, and we’re excited about that,” says Kehoe.

The company wants to make cyber security accessible to everyone, and he wants to make it easier for Irish companies to protect themselves too. It’s something that may be on their minds with changes in data protection regulations coming up.

“Every one is talking about GDPR [General Data Protection Regulation] and scary things happening in security, but unless you have a practical answer, it doesn’t really matter,” says Kehoe. “That’s what secure intelligence is; the ability to distil down all the noise and be able to help your customers get to where they need to get to.”

The Irish connection that has served him well in his professional life has been equally fortunate for personal life too. His wife, Tricia, was born in Boston, but has Irish parents, and as a result, spent a lot of time in Ireland as a child. But it was in Florida that Kehoe met her. They’ve been married for almost five years, and have two children; she is a full-time carer for their four-year-old son and two-year-old daughter.

He describes it as the “untold story”, and it is something he is keen to recognise. “I love my work, but it’s extraordinary when I see how hard she works. I wouldn’t be able to do it,” he says.

Kehoe may be back in Ireland a little more as the company seeks to expand its European operations. He isn’t saying much about the future, just that he has plans that will be revealed shortly.

“The Irish market needs service just as much as the US market does,” he says.

Despite his success, Kehoe is careful to retain humility, pointing out the nature of the work can sometimes be difficult. “You see so many bad things happening every day, there’s no high fives when you get a new customer, it’s more like crazy responsibility to try to protect that company, because when something bad happens to them it’s an out-of-business prospect for them. We take that extremely seriously,” he says.

“I describe it as a combination of the Red Cross, the police department and Amazon. com. Roll it all in together, and that’s what it’s like going to work every day.”

1 Black Friday has become Black November for Irish retailers
2 Supermarkets gear up for winter lockdown
3 How long can Government afford to keep State pension age at 66?
4 Gadgets to help keep your home safer this winter
5 Brexit: UK and EU agree to intensify talks in rush for deal
Real news has value SUBSCRIBE