Amid issues of democracy,among others, Facebook is shifting practice 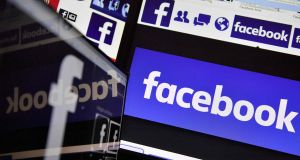 There are regular reports the company is dying, with younger users opting for Instagram, Snapchat and Whatsapp. But Facebook has a plan. Photograph: Loic Venance/AFP/Getty

In 2006, Facebook was still a place for college students to connect. People poked each other, but there had yet to be a sheep thrown. There were no ads quietly targeting its users, and the fake news farms and talk of manipulation of voters was a long way off.

Then, in September, Facebook introduced its newsfeed, and everything changed. Suddenly everything you posted was telegraphed to friends through a rolling list of updates.

Like many new features on Facebook, it was at first reviled by many users, some more vocal than others. It was dubbed “Stalkerbook”, there were calls for a day without Facebook to register disapproval of the change. But the introduction of the newsfeed also sewed the seeds of what would become a thriving community of groups on its platform.

“A few days after that, something very interesting happened , which is the very first group started forming with over one million people,” said Chris Cox, Facebook’s product head who was in charge of implementing the newsfeed. “This was insane because there were only 10 million on the service.”

That first group? Students against newsfeed.

“We had a very engaged population and they wanted a bunch of features added that we hadn’t built yet. This was a group telling us that in no uncertain terms that we had work to do,” Cox said.

The second- and third-largest were about humanitarian issues and cancer awareness.

“It was a little spark that said these platforms can be an immense force for good, and groups can be a major ingredient in that,” he said. “That’s really what’s led us up to where we are today.”

Things have changed considerably since those early days when Facebook was a growing company, changing the face of communication for an entire generation. Wielding incredible influence over many of its users, Facebook is somewhat of a chameleon. Part media company, part technology firm, in a way, it has become a victim of its own success.

At the London event, Cox made reference to the difficulties of 2017, describing it as a tough year for the social network. “We faced tough questions about our role in democracy, our role in discourse, our role in journalism, and our role in wellbeing,” he said.

There are regular reports the company is dying, with younger users opting for Instagram, Snapchat and sharing over Whatsapp rather than engaging on Facebook. But Facebook has a plan: the company is going back to its roots, and groups will play a big part.

“People forget this wasn’t actually a service for sharing things with your friends; it was actually a community service,” said Cox. “It was a service for seeing who was around you at your college and among that the groups, the sports teams, the extra-curriculars etc to see who else was there. I like to think community software was actually where we came from”

Today, there are about 200 million users active in groups on Facebook. Among them is Nicola Mendelsohn, Facebook’s Europe, the Middle East and Africa head. Diagnosed with cancer just over a year ago, she sought out support on Facebook and found the group “Living with Follicular Lymphoma”. It’s somewhere she turns to for “solidarity and advice” she said, with more than 3,500 members going through similar experiences.

Mendelsohn told of her experience at the second of Facebook’s “Communities Summits”, held in London, and there were similar stories of community and growth, from running groups in Ireland to support groups for children with special needs, to arts and entertainment groups.

The event was designed to bring the admins of groups together to attend workshops, network with other community, attend training sessions and meet the Facebook product and partnerships teams. It was the second communities event of its type; the first was held in Chicago last year.

It was at that event that Cox announced the firm’s latest initiative, a $10 million community leadership programme that will see grants of up to $1 million awarded to the most interesting and beneficial projects. Those recipients will also get to spend time at Facebook HQ in Menlo Park as community leaders in residence. A further 100 grants of $50,000 (€40,000) each are being awarded to those chosen as fellows.

Cox said they are looking for high-impact ideas, and international coverage. Facebook isn’t policing how the money is spent, Cox said, and you get the impression the company is feeling its way on this one.

But the announcement had barely been made before cynical eyebrows were being raised. After all, what was in it for Facebook?

The company is doing somewhat of an image rehabilitation exercise. It started with a frank look at its own role in recent political shifts, and its use as a weapon by a concerted campaign of Russian interests to help influence events.

Then it changed newsfeed to become more personal, stripping out viral content and business posts unless users specifically looked for it.

“What we announced in January is time spent is not the object, it was going to be about to what extent we are creating meaningful interactions,” he said. “How do we measure that? That’s something we’re still working on. But that’s the intention we’re setting out for newsfeed and Facebook overall.”

What is good for consumers isn’t necessarily as good for businesses though. In recent years, Facebook has become as much of a platform for businesses trying to reach their audience as it has an interpersonal one. The recent changes to the newsfeed has damaged that somewhat.

More groups and more interaction is ultimately better for Facebook. Making it more personal is one thing, but groups have the power to keep people engaged in the platform. Up to 200 million users are engaged in communities on Facebook; Facebook wants to increase that.

“The research we’ve done into what’s the difference between one of these groups that works and one that doesn’t, the answer is the leader,” Cox said. “It’s in our interests and theirs to invest in helping leaders do great things. The vision is that everyone who uses Facebook should be able to find these groups.”

Developing groups could also be the way for Facebook to hang on to those younger users.

“For teenagers, one of the interesting things we see is that common usage of Facebook is around groups and usually groups started by teachers at school or afterschool activities. That’s the most common Facebook use for teenagers,” said Jennifer Dulski, who heads up groups for Facebook.

Facebook has an age limit of 13 for users, but the company is actively exploring ways to keep younger users safe, perhaps through using artificial intelligence to identify problematic behaviour among users.

The company also announced it would double to 20,000 the number of people working on safety in its London office.

And it is trying to make life easier for admins with new tools for moderation, a hub that brings everything together and a way to make rules for groups easier to find, plus an interface for group announcements.

The changes are all down to feedback from group leaders, Cox said.

2018 is the year Facebook pledged to fix itself. The process may have just started, but it still has a long way to go. But perhaps, with the mindset of taking on feedback from its most prolific users, the company may get some of that goodwill back.