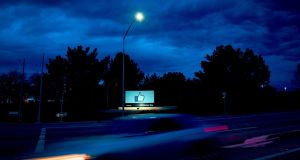 Facebook chief executive Mark Zuckerberg’s apology for how his company handled 50 million users’ data did little on Thursday to ease investor worries about the cost to fix mistakes and elected representatives’ dismay that his response did not go far enough.

Germany’s second-largest bank, Commerzbank, has suspended advertising on Facebook until further notice, Handelsblatt newspaper reported on Thursday, following in the steps of Mozilla, which runs the Firefox web browser.

Allegations that political consultancy Cambridge Analytica improperly accessed data to build profiles on American voters and influence the 2016 presidential election has knocked more than $50 billion (€40.6 billion) off Facebook’s market value this week. Five days after the scandal broke, Mr Zuckerberg apologised on Wednesday that mistakes were made and promised to restrict developers’ access to user information as part of a plan to improve privacy protection.

On Thursday, Facebook executives were still saying sorry. “It was a mistake,” Campbell Brown, head of news partnerships at Facebook, said at the Financial Times FT Future of News Conference in New York City.

Mr Zuckerberg’s apology and promises were not enough to ease political pressure on the world’s largest social media company.

“It shouldn’t be for a company to decide what is the appropriate balance between privacy and innovation and use of data. Those rules should be set by society as a whole and so by parliament,” UK minister for digital, culture, media and sport Matt Hancock told BBC Radio. “The big tech companies need to abide by the law and we’re strengthening the law.”

Wall Street analysts expressed relief that there were no signs so far of a more fundamental shift in the company’s advertising-driven revenue model, but some said there would be costs to shore up its reputation.

Facebook, with more than two billion monthly active users, made almost all its $40.6 billion in revenue last year from advertising.

Stifel analyst Scott Devitt cut his price target on Facebook by $27 to $168, while BofA Merrill Lynch slashed its target by $35 to $230. – Reuters

1 Basic income for all: Has the Covid crisis given us a new economic model?
2 Only way is up for Stripe as valuation skyrockets
3 Promontoria barred from pursuing doctor over Ulster Bank loan
4 ‘I don’t need to do any of this. . .I don’t actually need to work.’
5 Fiona Reddan: Who’s afraid of Revolut? Not AIB and BOI it seems
Real news has value SUBSCRIBE