Struggling barristers, insurance costs and the price of a sliced pan 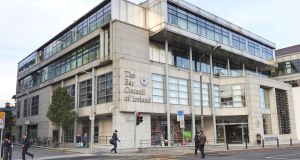 More than half of barristers see their ability to remain in practice as the most significant challenge ahead this year, according to new research from the Bar Council. Colm Keena has the details on that, also reporting on new figures showing that the State’s big solicitors’ firms continued to grow last year, despite the pandemic.

Johnny Ronan’s Ronan Group is planning to sell 101 apartments for social housing at an estimated cost of €66.69 million to Dublin City Council as part of his project to build the two tallest buildings in the country. Gordon Deegan reports on the initiative, which could see one apartment offered to the council for €964,030.

As the Judicial Council meets this morning to consider draft guidelines on the level of damages courts can award in personal injuries cases, Joe Brennan takes an in-depth look at the high-stakes issues at play for insurers, businesses and consumers.

John FitzGerald focuses in this week’s column on climate change policies in the context of North/South relations in Ireland. He notes that the pandemic has shown working together on the island could produce better outcomes for its population.

In his Caveat column, Mark Paul considers the idea of State funding for newspaper companies, arguing that “it would be like pouring water into a bucket with holes in it” without addressing the “blatantly unfair” role of Facebook and Google in the market.

Laura Slattery has taken a deep dive into the bread market to get to the bottom of warnings that our sliced pans are about to rise in price. The problem, she finds, has its roots in the kind of flour we like to use.

Olive Keogh in our Work section asks how initiatives to address diversity issues in the workplace might have been affected by coronavirus. Now is not the time to drop the ball, she writes.

This week’s Wild Goose is writer, lecturer and creative consultant, Dubliner Isabella Rose Celeste Davey, who works as head of communications and digital for Copenhagen Fashion Week. She is a graduate in art history and classics from Trinity College Dublin, and the daughter of art conservators.