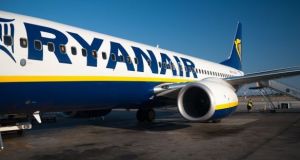 Ryanair, Aer Lingus, Bus Éireann, Eir and Vodafone have been ranked among the worst Irish organisations for customer service during the Covid crisis.

A new report shows many businesses going above and beyond during the pandemic. However, telcos, transportation companies, online retailers and delivery services all performed badly in terms of meeting customer expectations.

Ryanair in particular recorded a 28.4 per cent decline in its overall score in the annual CXi Ireland Customer Experience report versus last year, leaving it bottom of the rankings. Aer Lingus, meanwhile, fell 55 places. Both carriers scored badly due to the difficulties customers experienced in obtaining refunds for cancelled flights.

Eir’s customer experience score declined 11 per cent, leaving it just above Ryanair at the bottom of the table. Facebook, Twitter, the Department of Social Protection, Sky and Three were also at the lower end of the rankings.

The biggest fallers over the last three years, meanwhile, were Deliveroo, which has fallen 97 places, and Parcel Motel, down 71 places.

The Credit Union remains the most popular company in terms of customer experience. Shaws Department Stores jumped 14 places to take second spot, with An Post, Specsavers and Allcare Pharmacies rounding out the top five.

Liberty Insurance, Bord Gáis Energy and Londis recorded the biggest rise in the rankings versus 2019, with all moving up over 60 places. Elverys, FBD and Londis have shown the biggest increase over the last three years.

“Those brands whose staff went the extra mile for vulnerable customers, called in to people, delivered prescriptions etc, who became frontline heroes, they are the ones who did well.

“We can see a strong correlation between the brands that exceeded customer expectations and the ones that scored highest overall for customer experience,” said Cathy Summers, who edited the report.

Pharmacy chains and supermarket retailers were the overall winners in terms of sectors, with five pharmacy groups in the top five and eight supermarkets in the top 40.

Organisations in the financial sector were also star performers with new entrants Revolut and An Post scoring highly. AIB, EBS and Ulster Bank all gained.