Woodie’s sales soar in late May as lockdown rules ease 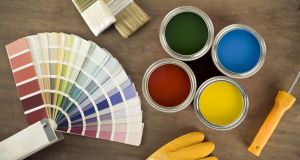 Grafton Group said sales in its Woodie’s DIY, Home and Garden business soared in the last two weeks of May above levels for the same period in 2019, as pent-up demand for paint and plants was unleashed by an initial easing of lockdown restrictions in the Republic.

This helped lift revenues for May at the wider group, which is more focused on providing supplies to builders in the UK and Ireland, off their lows in April, when total revenue was off 80 per cent on the year.

Group sales in May were down 38 per cent, Grafton said in a trading update on Thursday.

“The Woodie’s DIY, Home and Garden business in Ireland reopened on 18th May to a surge in demand that saw revenue for the two-week period to the month end comfortably exceed the level achieved for the full month of May 2019,” Grafton said.

Grafton’s UK distribution business, which typically accounts for almost two-thirds of group sales, traded in May at about half of the prior-year level, with activity improving as the month progressed. It had been trading in April at 10 per cent of 2019 levels, Goodbody Stockbrokers noted.

The trade-only Selco Builders Warehouse unit, geared towards smaller jobbing builders, reopened 42 branches in early May for the collection or delivery of orders, before raising the shutters on the remaining 26 outlets on May 18th. Most Selco branches have since returned to full service.

Trading across its traditional UK merchanting businesses picked up as May progressed and housebuilders and companies working on commercial projects returned to sites.

In Ireland, half of the Chadwicks distribution branch network remained open during the lockdown for essential deliveries – typically to support health and public sector projects and provide emergency supplies to businesses and homes.

“The business fully reopened on 18th May in the first phase of the Irish Government’s roadmap for reopening the country and operated at two thirds of prior year revenue for the month,” it said. “Demand has been largely driven by residential RMI (repair, maintenance and improvement) projects with new home build activity expected to remain subdued.”

The group’s Netherlands distribution business was not affected by Dutch restrictions, with business there proving to be “very resilient” and delivering operating profit during the year to May.

“The restrictions introduced to contain the spread of Covid-19 had a significant effect on trading since the second half of March and while there are many challenges to be overcome in the months ahead, we are encouraged by the early trading indications following the reopening of our businesses in the UK and Ireland,” said Grafton chief executive Gavin Slark.

“Grafton is in a strong financial position and, with a resilient portfolio of businesses, will emerge from this crisis well positioned for future growth.”

Still, the company said that its full-year financial guidance remains suspended as a result of continued economic uncertainty posed by the pandemic.

Group revenue in continuing operations fell 26 per cent year-on-year to £810.9 million (€904 million) in the five months of the year.

The group had £578 million at end-May, mainly held as cash deposits.

“Not only was this higher than the position at the end of April (£562m) but Grafton expects to repay part of its drawn-down revolving bank facilities during June,” said Davy analyst Flor O’Donoghue.

“We were confident that Grafton’s cash management would impress despite the challenges and this is proving to be the case.”

Mr O’Donoghue estimates that will just about break-even on earnings front in the first half of the year, with a recovery in the second half delivering a £75 million trading profit for the full year.