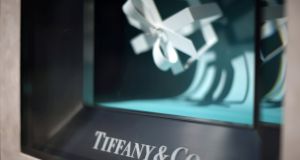 Jeweller Tiffany missed analysts’ estimates for same-store sales in the fourth quarter and forecast a tepid full-year profit, indicating that its efforts to turn its business around are still gaining traction.

The results come as a surprise after Tiffany in January posted strong store sales for the holiday period and raised its full-year profit forecast.

The company’s shares fell as much as 7.5 per cent to a three-month low of $95 in morning trading on Friday.

Tiffany, which has suffered several quarters of declining sales, has been taking a number of steps to diversify its sources of revenue by introducing cheaper silver jewellery as well as everyday home items to appeal to a wider customer base.

Chief executive officer Alessandro Bogliolo said the investments were taking a toll on the company’s earnings.

Former Bulgari executive Bogliolo, who took over as CEO in October, said that the company had a “lot to do” with its products outside jewellery.