Claire’s, the fashion accessories chain, to file for Chapter 11 bankruptcy in US 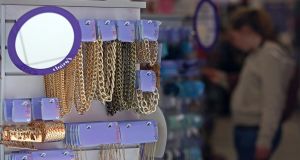 Claire’s Stores, the fashion accessories chain where legions of preteens got their ears pierced, is preparing to file for bankruptcy in the coming weeks, according to sources

Claire’s Stores, the fashion accessories chain where legions of preteens got their ears pierced, is preparing to file for bankruptcy in the coming weeks, according to people with knowledge of the plans.

A Chapter 11 bankruptcy filing in the US, which is typical for retailers, would allow the chain to continue operating and keep creditors at bay until a turnaround plan could be formalised.

Claire’s has had to contend with declining customer traffic and online competition. It’s worked to find new sources of revenue, including agreements in the US to sell in CVS pharmacies and Giant Eagle supermarkets.