Tesco sells Polish business for €183.5m as it retreats from global ambitions

Retailer will focus on Czech Republic, Hungary and Slovakia in central European region 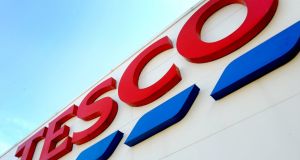 Tesco is retreating from its global ambitions, selling off its Polish business. Photograph: Nick Ansell/PA Wire

British supermarket group Tesco said it was selling its Polish business for 819 million zlotys (€183.5 million), leaving it focused on the Czech Republic, Hungary and Slovakia in the central European region.

Tesco said in a statement on Thursday that it had stronger market positions and better growth prospects in the three other countries. The buyer of its 301 store Polish business is Salling Group.

The UK’s biggest retailer sold its supermarket businesses in Thailand and Malaysia in March, and the offloading of the Polish unit is a further retreat from its once lofty global ambitions. – Reuters