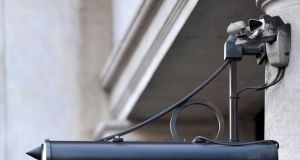 Ted Baker, the upmarket UK fashion chain, has said it plans to raise more than its entire listed equity in a £95 million cash call to see it through the coronavirus crisis, as it reported an £80 million loss for last year.

The ailing retailer said on Monday that it would use the proceeds to cut debt and pursue a “digital first” strategy that will see it invest in online sales. It has also extended its bank debt by £11.5 million.

Despite seeing a 78 per cent uptick in sales through its website since lockdowns were announced at the end of March, the company said that it had been “significantly impacted” by the crisis and that overall like-for-like sales from the beginning of January until May were down 34 per cent.

The coronavirus crisis hit at a crunch point for the struggling retailer, after it issued its fourth profit warning in a year in December and revealed a £25 million accounting error that it later said was due to £58 million in overstated stock.

Following an independent investigation by Deloitte, Ted Baker said that inventory that did not exist had been added to the balance sheet and that incorrect prices had been attributed to some products. It added that a review into potential misconduct was continuing.

It also reported on Monday that pre-tax profits for the year to the end of January 2020 were down £110.5 million compared with the year before, pushing the company to a £79.9 million loss. Revenues were down 2.4 per cent at constant currency to £630.5 million.

“Ted’s issues are range driven, with price points drifting too high and a lack of newness both impacting resonance with customers,” wrote analysts at Peel Hunt in a note.

Shares in Ted Baker, which operates 580 stores and concessions worldwide, have plummeted almost 90 per cent in the past year as it has grappled with weakening consumer sentiment and multiple governance issues.

On Monday they were down 15 per cent in morning trade in London.

Last year, its enigmatic founder, Ray Kelvin, was forced to end his 32-year tenure at the company after staff accused him of “forced hugging”. He remains Ted Baker’s largest shareholder.

Ms Osborne said that without the additional fundraising announced on Monday, the retailer would have become insolvent by August, and warned that further waves of the virus or more lockdowns could exhaust the extra cash reserves by the end of 2022.

But, she added, she remained “optimistic about our ability to weather the current storm”.

Ted Baker also said on Monday that it would be appointing new auditors for the next financial year. BDO will replace KPMG after the Big Four accounting firm told the company it would not seek reappointment. – Copyright The Financial Times Limited 2020