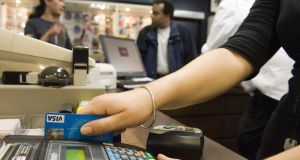 That is according to a survey that shows new orders picked up pace in December, with domestic business driving growth.

The Investec Service Purchasing Managers’ Index, a measure of the health of the industry, strengthened to 60.4 in December, up from November’s 56.0 reading.

A score above the 50 mark separates growth from contraction.

The latest report said new orders grew at a slightly faster pace in December compared with the previous month, with new export orders moderating in its implied growth rate.

That growth is also translating into extra employment in the sector, with December recording a 14th consecutive month of growth in jobs across all sectors of the services industry covered by the report.

Input costs climbed during the month, as higher salaries, insurance costs and utility prices took hold. Firms passed some of this on to clients, with the rate of growth in prices charged showing a five-month high.

Businesses are also more optimistic, with the index measuring expected business activity levels in 12 months’ time at its highest since September.

A survey published earlier this week showed that Irish manufacturing activity expanded last month at the fastest pace since the series began in 1998, contributing to a record high that was also recorded across the euro zone.

“Combining that with today’s eight-month high in the headline services PMI indicates that the momentum behind the Irish economy going into 2018 is very strong,” said Investec Ireland chief economist Philip O’Sullivan.

A similarly robust trend was recorded across the euro zone, where PMI data showed growth near the best recorded in seven years. Services expansion in Italy and Spain beat earlier flash estimates.

And data for the UK pointed to the economy accelerating in the fourth quarter of 2017 after a better-than-expected performance in the services sector last month. The IHS Markit/CIPS services PMI showed a reading of 54.2 in December, up from 53.8 in November, with economists pencilling in a figure of 54.

Chris Williamson, IHS Markit’s chief business economist, said the robust result could help the UK economy achieve 0.5 per cent growth in the final three months of last year, up from 0.4 per cent in the third quarter. Services industry activity recorded its second-fastest rise since April in December, but new business volumes slowed in the face of “subdued business investment and costs consciousness among clients”.