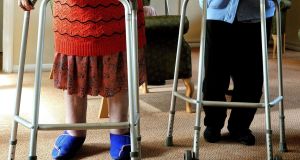 The nursing home, which is located at Kilcoole, County Wicklow, was acquired by Salross, a subsidiary of Delsk.

The firm, which primarily focuses on cross-border investment, conducted the sales process with receiver Neil Hughes of Baker Tilly.

The nursing home, which is located at Kilcoole, County Wicklow, was acquired by Salross, a subsidiary of Delsk, following a bidding process run by Mr Hughes.

Delsk said it acquired the project to protect the investments of 22 international clients who originally invested in the development with Delsk and a former joint-venture partner.

When complete, the new nursing home development will accommodate 89 residents and employ 77 part-time and full-time staff, while an additional 115 jobs will be supported during the construction process.

Delsk is investing in excess of €2 million of its own capital to complete the acquisition to protect the original investments made by its clients in the original joint-venture agreement.

In the near-term, Delsk said it intends to invest in other nursing home projects in rural Ireland, creating more jobs in construction. It also said it would focus on the opening of the nursing home facilities.

“We are delighted to announce the acquisition of the Wicklow nursing home project on behalf of our clients,” he said.

“The acquisition, following a competitive process, is intended to protect our client’s investments in the Irish Government’s Immigrant Investor Programme.

“Ireland is an attractive destination for our investors and we look forward to continuing our investment over the next five years with a target investment of €300 million over that period.”