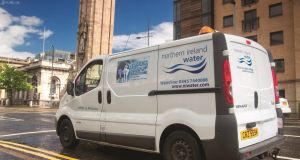 NI Water, which is a government-owned company, has described the purchase as a strategic move because it will bring all clean water production in the North under its ownership.

The four plants, previously part of Kelda’s non-regulated businesses, include Dunore Point (Antrim), Ballinrees (Coleraine), CastorBay (Craigavon) and Moyola (Magherafelt). Between them the plants can produce roughly 397,000,000 litres of water per day.

As part of the deal with Kelda, NI Water will also acquire all of the equity and associated debt finance of the Project Alpha Public Private Partnership (PPP) in the North – this is a 25-year design, build, finance and operate contract that Kelda held with NI Water.

The company believes the £28 million acquisition will help to “generate value” which will subsequently feed through to customers in the shape of reduced water tariffs.

The chief executive of NI Water, Sara Venning, said “A strong dedicated local team of approximately 30 staff operates project Alpha and we look forward to working with them even more closely as part of the NI Water group.

“The completion of the sale with the support of both the Department for Infrastructure, and the Department of Finance will allow us to continue to improve the service we provide and the cost at which it is provided to all our customers,” she said.

Peter May, permanent secretary at the North’s Department for Infrastructure, said when Kelda was first awarded the NI water contract in 2006, there was a need for major investment to upgrade the treatment of water to meet EU standards.

“The completion by NI Water of this transaction will allow them to secure further value to the public purse and will also create an opportunity to free up significant additional operating resource. We welcome the initiative taken by the board at NI Water in pursuing the opportunities created by the acquisition.”