GAN reports further growth in users of its gambling technology 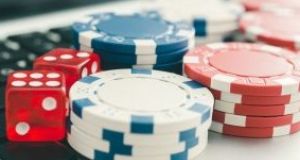 In the three months to October 30th, 2017, GAN reported a fifth successive quarter of growth in active player days, up 15.2 per cent to 3 million from 1.7 million in the same period in 2016. However, the company saw a 9 per cent quarter-on-quarter fall in average revenue per daily active user to $6.36. Overall “GAN-enabled revenue” in which GAN participates, increased 5 per cent in the third quarter over the second, the company said.

“Moving ‘bricks & mortar’ US casinos online with GAN’s simulated gaming continued to deliver growth quarter on quarter despite the full impact of summer seasonality which generally reduces players’ levels of online engagement and propensity to spend money,” he said.

The company operates in the UK and Italy in Europe, and the State of New Jersey in the US. It received its first full US gaming licence in April 2017 from the State of New Jersey. However, it has struggled to turn a profit. In the first half of the year GAN reported a loss of £2 million (€2.28m), down from £2.3 million (€2.6m) the previous year, while group net revenue grew slightly to £4.1 million, up by 6 per cent on the previous year,.