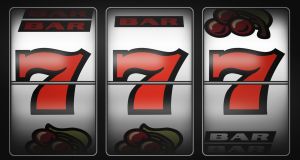 Legislation proposes to increase the maximum win from 50 cent to €750. Photograph: Jacob Kepler/Bloomberg

It is as predictable as it is bizarre. In a country where large numbers of adults gamble, the very mention of it in our legislature draws warnings of ruin from some of those we employ as lawmakers. Step forward senators David Norris and Gerard Craughwell, who have taken issue with the Gaming and Lotteries (Amendment) Bill, 2019.

This is legitimate. However, Norris’s remarks indicate that he thinks offering €750 winnings raises betting on one-armed bandits beyond “gaming for amusement”. This misses the point. People gamble to win far larger sums than they actually bet, that’s what amuses punters.

Many Irish adults gamble regularly. Craughwell and Norris may not approve, but these people have the right to be foolish with their own money. Some unquestionably suffer serious problems but the majority do not.

When they buy a litre of milk or a holiday, they enjoy the protection of modern consumer law. When they have a bet, they must rely on legislation that not only dates back to 1956, but clings to 17th-century notions that a wager is not a contract and thus is not enforceable, leaving them with nowhere to go in a dispute.

The Bill that has the Senators so exercised seeks to reform this by making bets enforceable and having an arbitrator deal with disputes. Just as importantly, the law proposes regulating an industry that employs thousands and is worth billions.

For example, the Republic is home to global betting giant and Paddy Power owner, Flutter Entertainment, which operates across Europe, the US and Australia and is worth almost €6 billion. Against this, 63-year-old legislation based on 400-year-old concepts just won’t cut it.

Instead of seeking to limit bets or winnings, legislators such as Craughwell and Norris should get on with creating a law that treats the citizens who pay their wages as adults while properly regulating an increasingly sophisticated industry.