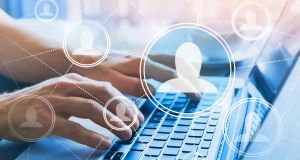 Founded in 1980, Merc has worked to appoint senior business leaders across a range of industries from multinational corporations to public-sector bodies. Photograph: iStock

Dublin-based executive recruitment company Merc Partners has been acquired by Spencer Stuart, a privately-owned US company with more than 60 offices globally.

The price tag of the acquisition was not disclosed.

Spencer Stuart said the addition of Merc was an important one for its business in Europe, the Middle East and Africa (EMEA), and added to its corporate operations team, which has been based in Dublin for almost a decade.

Founded in 1980, Merc has worked to appoint senior business leaders across a range of industries from multinational corporations to public-sector bodies. Merc was involved in the appointment of Dee Forbes as director general at RTÉ in 2016, and helped to identify Gabriel Makhlouf as the next governor of the Central Bank of Ireland. Fees paid to Merc relating to Mr Makhlouf’s appointment, as well as various expenses, newspaper adverts and VAT totalled €70,236.

Spencer Stuart has been privately held since 1956 and operates in more than 30 countries. It is known for some high profile executive appointments in the aftermath of the financial crisis to companies including General Motors, Citigroup, Freddie Mac and Fannie Mae, according to a report in the Wall Street Journal.

While the company wouldn’t disclose its global turnover, an Irish arm – Spencer Stuart International Ireland Ltd – recorded turnover of $38.35 million (€2.9 million) for the year to September 30th, 2017, and a loss before tax of $29 million.

The Irish entity supplies intellectual property to the rest of the group “to support the engagement of executive search consulting and other human capital services”.

Ruth Curran, Merc’s managing partner, who will continue to lead the company after the acquisition, said the purchase would “enable our team and our clients to access an expanded portfolio of capabilities globally”.

“Merc Partners has an outstanding leadership team and talented colleagues, and they have collectively built a successful and vibrant business in Ireland,” said Henrik Maartensson, who co-leads the EMEA region for Spencer Stuart. “We are impressed by the strength of the team and their capabilities, the firm’s client base and our cultural compatibility,” he added.

Abridged accounts for Merc Partners for the year ended May 31st, 2018, suggest the company made a €68,104 profit after transferring funds to its reserves and paying dividends. Accumulated profits rose 4.7 per cent to €1.5 million.

Directors, of which there were three including Ms Curran, received €1.13 million in remuneration in the period while the company employed 16 staff.