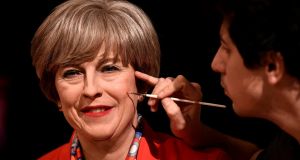 Madame Tussauds operator Merlin Entertainments sparked a near 13 per cent rebound in its battered shares on Thursday, saying it was “highly confident” on its long-term prospects after meeting 2017 profit forecasts.

The world’s second-biggest visitor attractions group behind Walt Disney, which also runs Legoland, the London Eye, Sea Life and theme parks such as Alton Towers in Britain, said its quieter winter season was in line with expectations.

In 2017, Merlin said a series of militant attacks in Britain had hit demand, while its results were also held back by poor to extreme weather throughout the summer season in Europe. Before Thursday’s update its shares had fallen 31 per cent over the last year.

But despite the 2017 setbacks, Merlin still recorded a 3.5 per cent rise in global visitors to a record 66 million. Revenue rose 11.6 per cent to £1.59 billion while earnings before interest, tax, depreciation and amortisation (ebitda) of £474 million was in line with company guidance 9.5 per cent ahead of the £433 million pounds made in 2016. – Reuters

1 Will family’s tax debt stop me getting my inheritance?
2 FC Barcelona to pursue Nike for compensation over defective shirts
3 Banks to keep charging interest on loans subject to Covid-19 payment break
4 What is Covid Tracker Ireland?
5 EU court to rule on Apple’s €13bn Irish tax case next week
6 Coronavirus: EU leaders urged not to ‘waste time’ arguing over recovery fund
7 Columbia Sportswear defies gloom with first Irish standalone shop
8 What is the truth about paying tax in Ireland?
9 Groundhog Day policy on housing is getting us nowhere
10 Denmark’s answer to Ikea signs deal for first Dublin outlet
Real news has value SUBSCRIBE