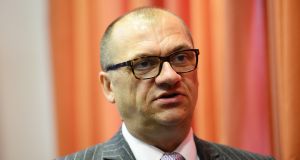 The company said the strong performance was driven principally by organic growth, an improvement in the group’s gross margin and good cost control.

Grafton, which has operations in the Ireland, the UK, the Netherlands and Belgium, said pretax profit rose 35 per cent to £154.5 million.

It noted the business continued to benefit from its exposure to multiple geographic markets and a well diversified customer base.

The company said its merchanting business in Ireland continued to be an important and consistent growth engine, delivering double digit revenue growth and a strong increase in profitability for the fourth successive year.

Revenues at its Woodie’s DIY chain rose by nearly 15 per cent to £180.4 million, while operating profit increased 53 per cent to £11.2 million as the chain expanded its market position.

London-listed Grafton said its UK merchanting business saw revenue rise 4.7 per cent to €1.8 billion on foot of a restructuring undertaken in 2016.

But it said that overall conditions in the UK merchanting market was relatively weak given the slowdown in UK growth and house prices.

“2017 was a very good year for Grafton that saw all segments and geographies contribute to strong revenue growth and a 15 per cent increase in adjusted profit before tax and earnings per share,” Grafton chief executive Gavin Slark said.

“Our expectations are positive for the current year and we remain confident about the potential to take advantage of opportunities that create value for shareholders,” he said.