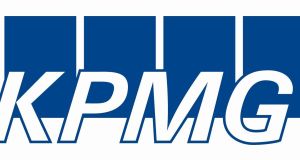 Two of KPMG’s most senior female partners have quit the firm in anger over its handling of bullying allegations.

KPMG has been reported to Britain’s accounting watchdog by a former employee who has urged the regulator to investigate how the Big Four firm responded to complaints about a top partner accused of bullying.

The Financial Reporting Council was contacted last week by the former employee after it emerged that two of KPMG’s most senior female partners had quit the firm in anger over its handling of the bullying allegations.

KPMG said last week that the partner in question, Sanjay Thakkar, head of its deal advisory unit, had stepped down from his role and taken a leave of absence after new allegations about his conduct were brought to its senior leadership team.

The firm decided not to take disciplinary action against Mr Thakkar in December after deciding that his behaviour at a meeting in September 2018, which was reported internally via KPMG’s formal whistleblowing hotline, had not amounted to bullying.

However, several current and former KPMG employees have since told the Financial Times that complaints about the 50-year-old’s behaviour raised as far back as 2017 had been repeatedly ignored by top executives.

One former employee, who quit the firm last year, said: “There will be people there who think it’s great. But I know so many people who talk about this permissive culture that allows this bad behaviour to continue. There are so many of these stories where revenue and seniority is king. You are untouchable if you are senior and the shit just flows downhill.”

The report to the FRC could trigger further regulatory scrutiny for KPMG, which is already facing a record fine of £12.5m for misconduct in relation to its work for Bank of New York Mellon. It remains under investigation over its audits of collapsed outsourcer Carillion, of car manufacturer Rolls-Royce and of failed British drinks supplier Conviviality.

The firm has already been fined £11m this year over failings in relation to its audit work for the Co-operative Bank and for motor insurer Equity Red Star. Last year it was fined £5m over its audit work for retailer Ted Baker and for insurance software firm Quindell.

The FRC said: “While we do not comment on individual cases we expect audit firms to uphold high standards and for the FRC to be notified of any behavioural issues under our audit firm monitoring approach where these standards are not met. – Copyright The Financial Times Limited 2019

1 Bank leaked my loan request to family who tried to rip me off
2 When the Chemistry no longer works – the closing of a leading Irish ad agency
3 Coronavirus: Irish holding back on holiday plans
4 Solar panels: Are they worth the investment?
5 Eason acquires rival Dubray Books for undisclosed sum
6 Can I see my father’s previous wills?
7 Ryanair and Aer Lingus monitor impact of coronavirus on travel to Italy
8 Fuel company loses €1.35m challenge over tax bill in ‘green diesel’ case
9 Accumulated profits at David McWilliams’ media company hits €675,000
10 New Irish commercial property website goes live
Real news has value SUBSCRIBE