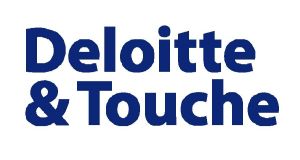 The former chairman of Deloitte and Touche developed expertise in several areas including tax and corporate restructuring.

One of his most successful receiverships was Murphy’s Brewery in Cork, since bought by Heineken, in 1982, which he turned from a multimillion loss to a €500,000 profit in eight months.

Another was manufacturing equipment maker, Atlantic Magnetics, a receivership that led to a precedent-setting case on examinership law. Others included the long-drawn out Ranks liquidation, Dublin Cargo Handling and Eurokabin.

Early this century, he gave expert evidence for fruit importer Fyffes in its insider dealing case against DCC and that company’s former chief executive, Jim Flavin.

“He did some very important receiverships and was just a great personality,” said Mr Crowley.

Mr Donnelly took over what had been his father’s firm, Gardner Donnelly, shortly after qualifying as a chartered accountant in the early 1950s.

He expanded that business, eventually merging it with Deloitte and Touche. Mr Donnelly developed expertise in several areas including tax and corporate restructuring.