Store is Ikea’s 34th in France, but is the Swedish retailer’s first outlet located in a city centre there 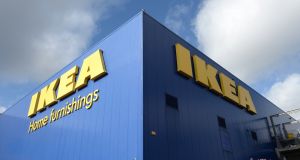 Ikea opened on Monday its first store in central Paris, part of a €400 million three-year investment across France, as the world’s largest furniture retailer expands its presence in city centres to keep pace with changing consumer habits.

The store is Ikea’s 34th in France, its third-largest market by sales after Germany and the US. But it is the first Ikea store located in a city centre in France. “Paris is a magnet of trends and fashion,” said Jesper Brodin, chief executive of the main retail arm of Ikea, Ingka Group.

“We hope to use the Paris store as a loudspeaker for the rest of the world. If we are successful we could do a lot more of these.”

Ikea Paris La Madeleine is based in the 1st arrondissement, an area popular with tourists and near many of the city’s landmarks. In recent months, it has been among the areas that have suffered from the gilets jaunes anti-government protests, which have seen stores damaged or closed, but appear to be waning in turnout.

The Paris store will be followed by similar openings in Lyon and Nice, Ikea France’s chief executive Walter Kadnar told a press conference on Monday. The €400 million investment will also be used to revamp existing stores and invest in digital tools and logistics.

The Ikea franchise was built on a network of vast out-of-town premises, where customers drive to the stores, pick their own goods from the shelves and assemble them at home. Since Mr Brodin became chief of Ingka Group in 2017, it has embarked on a broad overhaul of its business model.

Ikea is turning parts of its out-of-town store network into distribution centres for home delivery, while ramping up its online shopping business and boosting its presence in city centres to be more accessible to consumers.

“There’s not a typical online customer or offline customer; people are mixing channels,” said Mr Brodin. Although people are shopping more and more online, “they still want to be able to touch the product and have a physical experience of the product”, he added.

“They want the opportunity to talk to a person to verify their choices. Machines will help us but we trust people.”