Heraty’s sale of CPL will bring satisfaction on several fronts 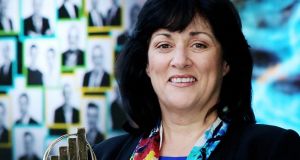 Agreeing the sale of your business at a 50.6 per cent premium to its share price over the previous 30 days in the middle of a pandemic is no mean feat. Especially when you’re in the business of recruitment and outsourcing, and most of Europe is locked down with millions of workers either laid off or being furloughed.

CPL founder Anne Heraty has the added satisfaction of standing to receive just over €91 million from the sale of her shares in the Irish-listed company, which she founded more than 30 years ago, to Japanese group Outsourcing, a deal that was announced yesterday.

Her husband, Paul Carroll, will receive about €18 million from the sale of his stake.

For CPL, it offers the chance to be part of a wider, better-resourced global group. Heraty will remain with the business and it will retain its brand.

For Outsourcing, this is the latest in a long list of acquisitions in Europe. It will give the Japanese group ownership of the number one recruiter/outsourcer in Ireland, a stronger hand in the UK (where CPL has been building its presence) and a client list that includes a number of large, high-profile multinationals operating here.

For Heraty, who turned 60 earlier this year and is a former EY Entrepreneur of the Year, the deal is a significant personal milestone. CPL survived the dotcom crash of the early Noughties, and the banking and property crash in 2008, which hollowed out the Irish economy.

Heraty was a non-executive director of Anglo Irish Bank at the time of its collapse, with the now defunct bank bailed out by taxpayers to the tune of €30 billion.

She described it as one of the most difficult periods of her life but bounced back, serving a term as president of employers’ group Ibec while successfully tweaking CPL’s business model. Given the many economic uncertainties that lie ahead (coronavirus, Brexit and possibly even four more years of Trump), Heraty might just have timed the sale perfectly.