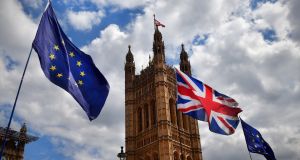 “There simply isn’t time to reach a comprehensive free-trade agreement in services and a no-deal Brexit would mean limited ability for trade in services if occurring under World Trade Organisation rules.” Photograph: iStock

Brexit will hit trade in services between the Republic and UK irrespective of the outcome of current talks, according to all-island professional body Chartered Accountants Ireland.

While hopes grew over the weekend that the EU could reach a deal with the UK before the Brexit transition period ends on December 31st, Tánaiste Leo Varadkar has warned an agreement was not guaranteed.

Chartered Accountants Ireland, which represents 28,500 members in the North and South, has told them that any deal looks likely to focus on trade in goods, along with issues including state and fisheries, with less attention paid to services.

In its Brexit Digest issued to members in recent days, the organisation says that even if Brussels and London reach some form of deal on trade, it is likely to prioritise avoiding tariffs and quotas on goods and is unlikely to extend full to services.

Cróna Clohisey, public policy lead at Chartered Accountants Ireland, noted at the weekend that for almost 30 years the single market smoothed the way for companies to offer cross-Border services.

“The risk to the flow of services and the impact that a no-deal or even a last-ditch deal could have cannot be underestimated,” she said.

“There simply isn’t time to reach a comprehensive free-trade agreement in services and a no-deal Brexit would mean limited ability for trade in services if occurring under World Trade Organisation rules.”

Chartered Accountants Ireland points out that a question mark hangs over whether arrangements that allow financial services to continue between the bloc and the UK will remain.

The EU granted “temporary equivalence” under its rules to allow UK financial services firms access to the bloc, while the UK implemented a regime that allowed European access to its financial markets while they sought full authorisation from its regulators.

However, the European Commission is continuing to consider whether it can allow UK financial services businesses uninterrupted access to EU markets.

“Deal or no-deal, however, the passporting of financial services between the EU and the UK will no longer be possible following the end of the transition period. A trade deal no matter how ambitious will not change this,” Ms Clohisey warned.

“Businesses should assess whether they need to act now to ensure continuity of business in their current markets. For example, we would urge Irish providers of financial services operating in the UK to register under the temporary permissions regime by December 30th,” she added.

Chartered Accountants Ireland advocates that companies establish if they need regulators’ permission to continue operating in the UK post-Brexit.

The professional body warns that businesses should look at current agreements for product licences, insurance policies and data transfer to ensure they are legally protected or recognised post-Brexit.

“The UK will be regarded as a third country – consider what this means for General Data Protection Regulation and data flows,” Chartered Accountants Ireland says.