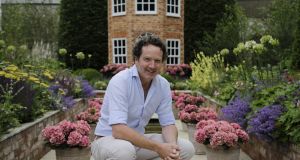 Dunnes Stores is preparing to launch a new range of garden products in partnership with celebrity gardener Diarmuid Gavin.

It is understood that Mr Gavin, who runs a global garden design business alongside his high-profile media career, has signed an agreement to produce a series of plant collections and garden accessories for the retailer.

The partnership has been in the pipeline since late last year. It is believed the deal was concluded several months ago. It is understood the plant collections will first appear in Dunnes in coming weeks.

The partnership is the latest in a string of designer product ranges brought to market by Dunnes in recent years. It has had highly successful arrangements with fashion designers Carolyn Donnelly and Paul Costelloe for several years.

Designer Helen James has also produced a range of homewares for Dunnes. The retailer also has endorsement deals with hotelier and television presenter Francis Brennan, who lends his name to a homeware collection for Dunnes, while Pádraig Harrington is associated with a range of golf wear.

Dunnes has been controlled for decades by veteran retailer Margaret Heffernan and her brother Frank Dunne. The business is in the midst of a power shift to younger generations of the Dunne family, including Anne Heffernan, who is Margaret’s daughter, and her niece Sharon McMahon.

The group, Ireland’s largest retailing company, has invested heavily in recent years in initiatives to bring its brand and product ranges upmarket. In particular, it has focused on acquiring upscale brands, such as the retail operation of Whelan’s butchers and Cafe Sol, incorporating the brands into selected stores. It has also redesigned several outlets in upmarket areas.

Dunnes tried to buy Avoca a few years ago. It has also been widely linked recently with a potential bid for Donnybrook Fair, although its co-founder, Joe Doyle, is reported to have denied the rumour.