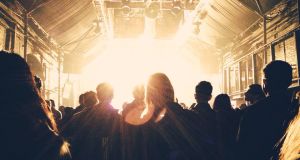 The Competition and Consumer Protection Commission has launched an investigation into the sale of concert tickets. Photograph: Robin Pope/EyeEm/Getty

Live concerts have found an audience in the Competition and Consumer Protection Commission (CCPC). The watchdog is investigating claims that ticket sellers and promoters have broken laws designed to ensure fair rivalry between businesses.

Since last year, it has been been investigating similar allegations in the cement and building materials industry. In the past, the commission and its predecessor, the Competition Authority, have pursued a number of sectors, including the motor trade, and successfully prosecuted some offenders.

Irish law bans activities that are designed to prevent or hinder competition in the supply or sale of any goods or services. Section 4 of the Competition Act expressly forbids a number of agreements.

One is price-fixing, where businesses that should be competing against each other agreed to fix their charges.

The most basic way in which businesses compete is on price and such agreements are designed to eliminate this rivalry and ensure that charges remain artificially high. This is one of the more common offences under competition law.

The law bars agreements that limit or control production or markets. In a similar vein, it forbids sharing markets or suppliers. Deals of this nature mean that instead of competing with each other for a slice of a given market, businesses simply agree to divide them up.

The section also bans businesses from applying conditions in equivalent transactions in order to favour one trading partner over another. Another practice it outlaws is tying, that is making the conclusion of a contract conditional on the other party accepting something that has no connection with the subject of the actual deal.

However, that does not mean that if a company breaks the law if it takes business from less efficient rivals.

A company has a dominant position where it can act without having to worry about its customers’ or rivals’ reactions. For example, it can increase its prices knowing that there are few if any alternative sources of its products or services.

The CCPC investigates suspected breaches of the law. It pursues minor offences in the District Court while the Director of Public Prosecutions takes serious offences, which are tried before a jury.

Irish competition law is based on similar provisions in the EU treaties. The Republic had no such protections for consumers before it joined the trading bloc. It passed the basic legislation underpinning the current regime in 2002.