Company told to pay €50,000 to consultant for unfair dismissal 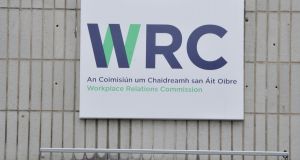 A Canadian-owned company has been ordered to pay €50,000 to a senior consultant for orchestrating her unfair dismissal from the organisation by setting impossible sales targets.

Ms McGrath said she accepted fully that “the complainant’s decision to tender her resignation was reasonable” in August of last year.

Ms McGrath said: “The employer did not engage with the employee in a meaningful way.”

An internal company email only disclosed between the second and third day of the WRC hearing into the successful claim for unfair dismissal displayed the employer’s wariness of employment law here.

When discussing what to do with the complainant, the company’s chief operations officer (COO) told a colleague: “Remember that Irish laws are a bit more towards the employee (the EU is socialist don’t forget . . .) . . .”.

Ms McGrath stated that the consultant “had impossible targets foisted upon her”.

The consultant tendered her resignation in August last year and concerning the claim for unfair dismissal, Ms McGrath found: “I accept fully that the complainant felt that the outcome had been orchestrated because, as it happens, it was.”

Ms McGrath said the content of the emails opened to the WRC hearing to comply with a data request by the former employee are unambiguous and go very much to the mindset of the complainant’s Canada-based bosses.

A senior colleague told the COO that he was concerned “that we are dismissing her without written notice, at the very least we should have a quick conversation with our accountant or a lawyer. The cost of not doing so could be very significant.”

On April 17th last year, an email between the two confirms that they were looking at a replacement, stating “I don’t want to hire [a new employee] until we are quite sure [the complainant] will not be around”.

Counsel for the complainant, William Kelly BL, told the WRC hearing that based on the emails, an unambiguous decision had been made in early April 2018 by senior management to manage the complainant out of the company.

He stated that in this context, a “first written advisory for poor performance” letter dated the April 17th, 2018 to his client was meaningless and intended as a mere procedural sop to address the “Irish” or “socialist” laws which afford Irish employees rights and protections in this jurisdiction.

The Canadian national commenced work with the company in March 2015. She had a basic salary of €50,000 and was told that any client sales over €300,000 would generate a 15 per cent bonus.

The complainant tendered her resignation on August 16th, 2018. She felt she was scapegoated for the lack of sales in the organisation, and believed she had been set impossible targets.

In her findings, Ms McGrath said that there was no suggestion that the worker was not performing the function she was engaged to perform.

“It is accepted that she was having some success and there is no evidence that the results she generated, as a competent and able salesperson, could have been improved upon by a hypothetical salesperson operating with as little support,” Ms McGrath found.