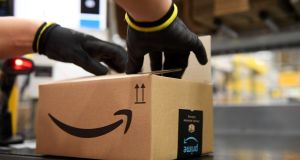 Amazon’s purchase of a minority stake in UK food startup Deliveroo faces a British investigation in another sign of mounting antitrust scrutiny of US tech giants.

The regulator now has until June 11th to rule on the deal after the companies did not offer remedies to allay its earlier concerns over the tie-up.

Many were surprised by the CMA’s initial decision to investigate the transaction because the agency doesn’t typically review minority acquisitions.

Lawyers said scrutiny of the deal may be down to growing fears about monopolies in big tech that have been allowed to go unchecked in the past.

Deals such as Facebook’s 2014 acquisition of WhatsApp sailed through with relatively little antitrust oversight at the time, but are now raising questions among regulators who see large tech companies leverage user data from those acquisitions in other areas to boost their market power.

“We are confident that we will persuade the CMA of the facts that this minority investment will add to competition, helping restaurants to grow their businesses, creating more work for riders, and increasing choice for customers,” Deliveroo said in an emailed statement.

Amazon representatives did not immediately respond to requests for comment.

The in-depth investigation comes as competition heats up in the global food delivery market.

The likes of Uber Technologies’ Uber Eats platform are going up against a proliferation of apps for a share of the fast-growing sector, while other players are consolidating.