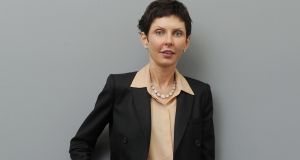 Denise Coates is chief executive of the Stoke-on-Trent based group, which she co-founded in a portacabin in 2000. Photograph: PA

Denise Coates, the head of gambling group Bet365, was paid £277 million (€326 million) last year, once again maintaining her position as one of the world’s highest remunerated executives.

Bet365 paid a base salary of £277 million to its highest paid director, who is believed to be Ms Coates, according to regulatory filings published this week, which cover financial results for the year to March 31st.

This means Ms Coates, who has been the best paid businesswoman in the UK for several years, saw her salary jump 26 per cent from the £220 million she was paid the previous year.

Ms Coates is chief executive of the Stoke-on-Trent based group, which she co-founded in a portacabin in 2000.

Her bumper payout comes as Bet365 reported total revenues of £3 billion for the year, up 7 per cent from the previous year, with pretax profits up 20 per cent at £791 million.

Bet365 could not immediately be reached for comment. – Copyright The Financial Times Limited 2019