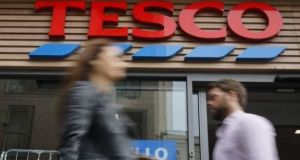 Britain’s big supermarkets fear they won’t be able to supply the country’s 60 million people without longer opening hours or a relaxation of social distancing rules introduced to curb the spread of the coronavirus.

Industry executives speaking on condition of anonymity said they expected a jump in demand once Britons under lockdown had worked through supplies amassed at the start of the crisis and as shoppers stocked up for the long Easter weekend holiday.

What’s more, the lockdown has temporarily transferred the eating out market - bars, cafes, restaurants, school meals and workplace canteens - to the home, shifting about 30 per cent of the nation’s food consumption back to stores.

“The problem is, can you feed 60 million people at the rate you can get people through the stores with that social distancing?” one industry executive told Reuters.

In the four weeks before the government restricted movement and announced social distancing rules on March 23rd, UK grocery sales leapt 20 per cent as Britons stockpiled an extra £1 billion worth of food in their cupboards and freezers.

Sales growth has slowed over the past fortnight as stores cut their opening hours, limited the number of customers allowed in at any one time and restricted sales of some items - all leading to long queues outside many supermarkets.

But executives believe the drop in demand will be short-lived as people shop for the Easter break and because of the pressure on supplies as everyone eats at home. Big supermarkets are budgeting for a 15 per cent to 20 per cent rise in sales volumes during the lockdown, said one source with knowledge of the matter.

That’s one reason why Britain’s big four - market leader Tesco, Sainsbury’s, Asda and Morrisons - are recruiting tens of thousands of staff. The other reason is to cover absenteeism, currently running at 15 per cent -20 per ent, according to industry sources.

Supermarket online delivery businesses, which accounted for about 8 per cent of the grocery market before the health crisis, are being ramped up to meet some of the extra demand. But even if delivery capacity doubled, some 85 per cent of the market would still need to be served by stores.

Supermarkets fear that under the current restrictions, they simply cannot physically meet the demand.

“The current social distancing approach that’s being taken by the supermarkets can’t sell that 85 per cent number,” another industry director told Reuters.

At the outset of the crisis, some supermarkets shortened their opening hours to give staff more time to rest, restock shelves and prepare online deliveries.

“You’ve got a twin tension here. You’d rather keep the store closed for longer so you can get merchandising done and your online picking done, but you’d rather open the store for longer so that you have less customers in at any given time,” he said.

“Mathematically, that’s the quadratic equation that you’re trying to solve.”

Supermarkets may try to boost customer numbers in stores when they are confident all will either be served by a staff member behind a screen, or they can use self-scan tills, industry sources said.

Finding a way to smooth trading through the day would also help supermarkets meet demand, they said.

Many stores are quieter from 4 pm to 7 pm, so as more products become available, supermarkets need to find a way of telling shoppers when the shelves are well-stocked. Supermarkets are also considering advising customers to do one big shop a week rather than make several trips for smaller shops.

On Friday, Sainsbury’s asked customers to send only one adult per household to its stores to help people keep a safe distance apart and reduce queues.

As the virus spreads, some believe radical measures are needed to get more shoppers in stores at any one time, such as the mandatory use of face masks supplied by the supermarkets.

“It will become as commonplace as picking up a trolley or a basket,” said the director.