Blow for Steinhoff as property portfolio valuation drops by half 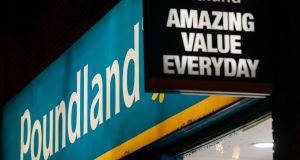 Steinhoff, which has more than 40 retail brands including Poundland and Mattress Firm, faces a fight for survival after admitting accounting irregularities.

South African-based retailer Steinhoff suffered a fresh blow this week after a real estate specialist put the value of a portfolio holding a major part of its property assets at €1.1 billion less than previously estimated.

Steinhoff, which has more than 40 retail brands including Conforama, Poundland and Mattress Firm, faces a fight for survival after in December admitting accounting irregularities, wiping about 85 per cent off its market value and throwing it into a liquidity crisis.

The company said it was likely that the book value of its Hemisphere portfolio, which holds about 140 property assets, was lower than it had previously estimated following a valuation by CBRE, a commercial real-estate services and investment firm.

Steinhoff had valued the portfolio at €2.2 billion, but CBRE put it at €1.1 billion, Steinhoff said in a statement.

“The company will consider CBRE’s valuations in detail and will work with its auditors to determine the consolidated net book value of the Hemisphere Portfolio for the purposes of publication of the company’s consolidated financial statements for 2017,” it said.