Belated happy birthday to Mike Ashley but what are his plans? 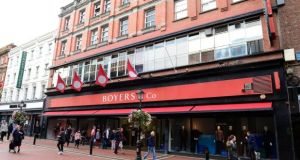 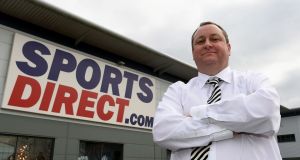 Despite his £2 billion fortune, the brand new £40 million corporate jet, the uncharacteristic stability at Newcastle United and the reported rekindling of his relationship with his ex-wife, last Friday probably wasn’t the happiest of birthdays for British retail magnate Mike Ashley.

(To assuage our diligent, fact-checking readers, Wikipedia says Ashley’s birthday is September 9th but company documents show it is, in fact, December 9th).

The day before, Sports Direct, which he controls with a majority stake, reported a 57 per cent slump in interim profits and received a kicking from investors.

It capped a dreadful year that started with accusations it ran a “gulag” for underpaid workers at its Shirebrook headquarters.

Ashley, who appears to despise the British media and political establishments as much as they do him, has been on the back foot since.

He is the UK retail sector’s cartoon bogeyman. Only former BHS owner Philip Green, who walked away while its pension pot burned, elicits more ire.

There was, however, one bright spot for Ashley last week: Sports Direct’s performance in Ireland, where the billionaire has long sought a stronger market foothold.

He has it now, after buying the 50 per cent of Heatons department stores Sports Direct didn’t already own.

In its interim results, the company credited this deal with driving a 66 per cent surge in its international revenues.

Heatons lacks profile but it is a solid performer. Just how solid is difficult to decipher from the Sports Direct results, due to movements in sterling, but sales appear to be at least €230 million with profits of more than €10 million.

More importantly for Ashley, it is a vehicle for Sports Direct to launch the full-blown assault on the Irish apparel market that he has coveted for years.

In the new year, Sports Direct will open a new Irish flagship in the Dublin city centre building that used to house Boyers, which it bought for €12 million in the summer.

It was swarming with building workers this week while SportsDirect.com branding outside proclaimed it is “opening soon”. Exactly what is Ashley planning for the North Earl Street site? Might he spring a surprise?

The four-storey building would make for an enormous standalone sports store, although Ashley wanted a major Dublin footprint and is known to have sniffed around Clerys.

The Boyers site would also be ideal for Heatons, which has a weak Dublin presence and nothing in the city centre.

Heatons and Sports Direct are already co-located on 36 sites in Ireland, north and south. The department store didn’t respond when asked if it will join the sports retailer in the north inner city.

There also could be an opening for the unfortunately-named USC. Ashley’s youth-focused fashion chain might share an acronym with the most-hated tax in Ireland but, with more than 90 outlets in the UK, it is a significant business.

Ashley restructured it last year with a pre-pack administration.

The “recruiting now” banner outside the Boyers building directs jobseekers to the careers section of the Sports Direct website.

Enter Ireland into the search engine, however, and it spits out just three jobs: a manager and assistant manager for Heatons in Wicklow, and a shoe department supervisor for Navan.

For some odd reason, if you search the site for jobs in Saudi Arabia, the first one that pops up is an assistant store manager role for a USC in a “new megastore opening in Dublin”. It is followed by several advertisements for managerial roles in Sports Direct in the city.

Given that Sports Direct’s website thinks Dublin, of all places, is located in an alcohol-free country in the Middle East, perhaps the USC advertisement is a technical aberration, a pesky website gremlin when the ad was intended for Sports Direct. Or, does Ashley really plan to bring a new fashion retailing brand to the Irish market? We asked, but so far we have received no reply.

The billionaire has extensive knowledge of the Irish retail scene gained over 15 years and he has repeatedly sought a major springboard into the market.

He first bought into Heatons as a fresh-faced 37 year old in 2002, and used it to introduce Sports Direct to Ireland. Former minister for finance Charlie McCreevy used to sit on the Sports Direct board.

Latterly, he tried and failed to buy Elverys and also the Irish arm of Debenhams out of insolvency. He attempted to ingratiate himself with the GAA, backing a sports footwear website, Gaelic Boots, in partnership with the association and also the Gaelic Players Association.

It petered out after complaints from local sports shops that were afraid of being undercut.

As he faces into 2017, Ashley will be hoping for a better year ahead than the annus horribilis he has just endured. Perhaps a successful Irish conquest might lighten his mood.

Then again, given the festering Irish industrial relations climate, the retail sector’s bogeyman could find as much trouble at t’mill over here as he has in his home country, if he plays his cards wrong.

After wandering up to North Earl Street to check out the progress of Ashley’s transformation of Boyers, the hunger struck.

Time being of the essence, and the excesses of the festive season banishing all notions of dietary restraint, I nipped into Burger King a few doors down from The Savoy Cinema on O’Connell Street – the fast food chain’s most prominent site in Ireland.

Armed with a fabulous-looking whopper meal, I took a seat and whipped out my smartphone to check a few emails.

As soon as I opened my internet browser, however, I was assailed with a picture of a Big Mac (below).

Momentarily confused, I checked my burger and looked around to confirm I hadn’t accidentally walked into a McDonald’s restaurant. No, this was definitely a Burger King. But the picture on my phone was definitely a Big Mac.

I then checked the settings on my phone, and there I was, automatically logged in, with a full signal, to the McDonald’s_Free wifi network. In a Burger King. Eating a whopper.

Directly across the far side of O’Connell Street, a full 50 metres away, there is a McDonald’s.

Maybe it was bombarding Burger King with propaganda from behind enemy lines. If so, it is the fast-food equivalent of the North Koreans blasting revolutionary propaganda over loudspeakers across the 38th parallel.

Or perhaps the McDonald’s wifi system simply doesn’t know its own strength.

But 50 metres is an awful long way to unwittingly broadcast an internet signal.

More likely, this is an extremely clever act of guerilla marketing, sending messages to the customers of your commercial rival as they eat.

Welcome to our digital future.

Gill O’Shea, the senior executive at Permanent TSB who led its €525 million capital raising exercise on the stock market last year, is quitting the bank for a career in fine art.

It is a vocational homecoming of sorts for the accountant, who originally studied fine art at in the 1990s before pivoting into the dark side and a career in banking.

O’Shea, PTSB’s head of product review, held a launch of her works on Thursday evening at the Copper House Gallery in Dublin.

I was struck by one of her paintings, a beautiful watercolour of what appears to be a one-eyed ostrich.

Maybe it got conjunctivitis from sticking its head in the sand.

I know next to nothing about art, but I’ve decided that this could be a fitting metaphor for the attitude of senior Irish bankers as the property industry began to crash at the end of the last boom.

1 Should my mam wait for house prices to drop before buying?
2 Hangover for the drinks sector as pint sales go flat
3 Covid-19 mortgage breaks: What’s the catch?
4 Brother is dragging his heels as executor of uncle’s will - is there anything I can do?
5 Parts of Brown Thomas and Arnotts to reopen next week
6 Health insurance customers to get €180m in refunds
7 Revenue faces US drug company Perrigo over disputed €1.64bn tax bill
8 Supermarkets see fastest pace of sales growth in 15 years
9 Almost 70% of home buyers to purchase within next year
10 British consumers ramp up repayments amid Covid-19 lockdown
Real news has value SUBSCRIBE