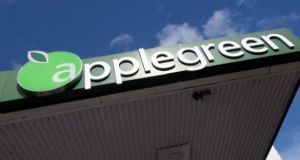 Applegreen said “salary reductions are still in place currently, and remain under review”

Salary reductions for executive directors at Applegreen, introduced at the start of the Covid crisis, have been extended, the forecourt retailer has confirmed.

The company introduced a 20 per cent cut in base salaries for executives for a three-month period from the start of April, and also implemented cost reductions for support staff.

A spokesman for Applegreen said “salary reductions are still in place currently, and remain under review”.

Chief finance officer Niall Dolan saw an increase in his overall package to €495,00 from €379,000. The company paid out a total of €1.7 million in remuneration for directors at Applegreen, who include financier Danny Kitchen, which is non-executive chairman, and former Ryanair CFO Howard Miller.

In March, as the Covid crisis emerged, Applegreen temporarily reduced headcount by more than 4,800 employees in Ireland and Britain from 11,500 under the respective government job-retention schemes.

The company also said at that time it would be deferring executive director bonuses, implementing a recruitment freeze, and suspending its final dividend.

Applegreen on Monday said it remained profitable in the three months to the end of June, and traded ahead of its Covid expectations.