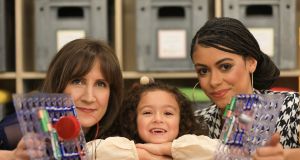 Artificial intelligence, digital manufacturing and the green economy are among the areas that will contribute to a surge in engineering employment in 2020, with thousands of jobs expected to be added, a new report has claimed.

Engineers Ireland said about 5,000 jobs would be created in areas relating to the green economy, construction, digital manufacturing and artificial intelligence this year.

The membership body released the report ahead of Steps Engineers Week, which begins on February 29th. Engineers Ireland is aiming to encourage young people to consider careers in the field over the course of the week, with more than 75,000 students, teachers and parents to take part in more than 700 activities.

“Engineering employers we surveyed across a range of areas said they want to recruit more than 5,000 engineers this year,” said Caroline Spillane, director general of Engineers Ireland. “But the challenge is to ensure the supply of talent is there.”

This year’s Engineers Week ambassador is Nasa engineer Fionnghuala O’Reilly. “There tends to be this traditional view that only men in white coats and hard-hats are scientists or engineers, but this just isn’t the case any more,” she said. “I want to help demystify during Engineers Week 2020 what it looks like to be a modern engineer, and to really showcase all of the amazing career opportunities that can come from a background in maths, science and technology.”