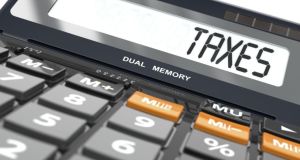 There were 7,262 taxpayer “units” registered as resident in Ireland but not domiciled here in 2016, the most recent year for which numbers are available.

The Republic is now home to more than 7,000 individuals or couples recognised as “non-domiciled” for tax purposes, new figures from the Revenue Commissioners show. That figure has more than doubled in just three years.

The sharp increase in the number of people resident, but not domiciled, here is likely due to the increasing attractiveness of the Republic as a location for foreign professionals as well as the impact of the State’s visa investment programme.

So-called non-doms are not subject to tax in Ireland on their worldwide income or assets, thus avoiding the State’s high income and capital gains tax regime. If you’re not domiciled in Ireland, you are subject to Irish tax only on income and gains earned or made here. Foreign income or assets will be liable to tax elsewhere unless it’s remitted to Ireland.

A person’s domicile is generally the country that is their permanent home, and is often based on the domicile of their father when they were born.

Revenue works on the basis of taxpayer “units”, which includes couples who are jointly assessed. As a result, the number of individuals ticking the non-dom box on their Form 11s may be significantly higher.

Unlike London, which has a high number of wealthy non-doms, the jump in Ireland is unlikely to be down to a swathe of Russian oligarchs and Saudi sheiks moving into Dublin 4.

“We’re certainly seeing none of that,” says Tim O’Rahilly, a partner with PwC. While his firm does field inquiries from some of the world’s wealthy about moving to Ireland, “we’ve seen very little of that progress”.

Rather, he says the rise is down to the number of international workers moving into Ireland to work in the tech and financial services sectors here.

Having non-dom status is of benefit to you only if you have significant wealth and you want to keep it away from the Irish taxman. But O’Rahilly says that some may be ticking the non-dom box on their tax form simply because it’s the accurate thing to do, as their domicile lies elsewhere.

Another factor in the surging number of non-doms is likely to be due to the growth of the Irish Immigrant Investor Programme, which allows foreign investors and their families to live in Ireland for up to five years, with the potential for renewal thereafter based on investments they make here.

The programme, which has been particularly attractive with Chinese investors, is currently under review. There have been almost 700 successful applications since 2014, with a total investment of more than €500 million.

With changes afoot in the UK due to Brexit, the number of Irish non-doms may rise further. Brexit concerns and political uncertainty as well as a tightening in tax regulation, such as the introduction of a £60,000 (€69,000) charge on non-doms who have been resident in the UK for more than 12 out of the previous 14 years, has meant that the UK is losing its attraction for the world’s wealthiest.

The number of non-doms in the UK dipped below 100,000 last year to its lowest number in the past decade. Accountancy firm Moore Stephens has said that 26 per cent of non-doms living in the UK could look to move elsewhere.

1 Working from home: New costs, new stresses and little relief
2 Joint accounts: if one of us dies, can the other access the money?
3 We are ‘sale agreed’, but can we go back with a lower offer?
4 HSBC board rethinks overhaul and seeks even deeper cuts
5 DAA offers workers up to two years’ wages in redundancy plan
6 ‘I’ve so many outgoings with family life . . . it puts manners on you’
7 Airline stocks take off as coronavirus worries ease
8 Electrical contractors fear closure under new pay law
9 Fierce debate brews as EU Commission lays out recovery plans
10 Investor alleges fraud over collapse in property fund value
Real news has value SUBSCRIBE
Save money on international transfers